Release Day Blitz and Giveaway - Mixing It Up by Tracie Banister 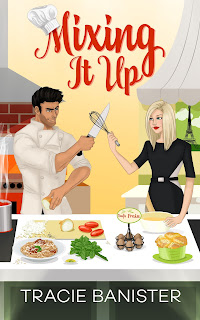 Born with a silver spoon in her mouth, Manhattan upper-cruster Cecily Sinclair now uses that pricey utensil to dish up fancy French fare on her cooking show, Serving Romance. When there’s an executive shake-up at the network, she’s not worried. Not much anyway. Her show’s a hit after all. Why would the new CEO want to mess with success?
The driving force behind several buzzed-about networks, Devlin Hayes is considered to be a wunderkind in the television industry. Although his plans to rebrand CuisineTV and make Serving Romance more Millennial-friendly don’t thrill Cecily, her charming, blue-eyed boss is a hard man to say “no” to and she really wants to keep her job—even if that means sharing screen time with a loathsome blast from her past.
Mercurial Italian chef Dante Marchetti a.k.a. “Il Duce” was once Cecily’s boss, and she has the PTSD to prove it. Now the owner of one of the hottest restaurants in town, Dante’s egomania knows no bounds and his constant attempts to provoke and upstage Cecily make her want to conk him on the head with a sauté pan. She thinks they’re toxic together, but viewers love their chemistry and clamor for more.
As Cecily battles to maintain the integrity of her show, she finds herself scheming and manipulating right along with Dante and Devlin. Is she fighting a lost cause? Does she really belong on TV, or would her culinary talent be better served elsewhere? And could one of the men who makes Cecily’s blood boil ignite a passion in her for something other than food? 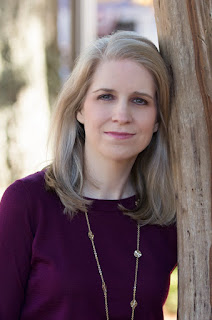 ABOUT TRACIE
An avid reader and writer, Tracie Banister has been scribbling stories since she was a child, most of them featuring feisty heroines with complicated love lives like her favorite fictional protagonist Scarlett O'Hara. Her work was first seen on the stage of her elementary school, where her 4th grade class performed an original holiday play she penned. (Like all good divas-in-the-making, she also starred in and tried to direct the production.)
Tracie’s dreams of authorial success were put on the backburner when she reached adulthood and discovered that she needed a "real" job in order to pay her bills. Her career as personal assistant to a local entrepreneur lasted for 12 years. When it ended, she decided to follow her bliss and dedicate herself to writing full-time. Mixing It Up is her fourth Chick Lit release, and in it Tracie finally got to live out her fantasy of being a Cordon Bleu-trained chef. 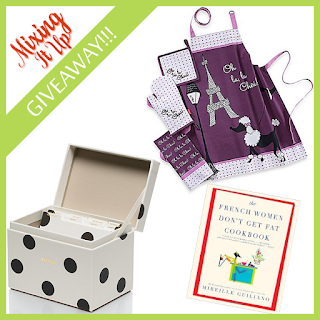 RELEASE WEEK GIVEAWAY
Purchase a copy of Mixing It Up between October 19th, 2016 and October 25th, 2016 and you could win this fantastic prize pack inspired by the book’s heroine and her love of French food!

The French Women Don’t Get Fat Cookbook by Mireille Guiliano

To enter this giveaway, simply e-mail the author at traciebanister@gmail.com with your proof of purchase. Entries will be accepted until midnight on October 26th, 2016 when a winner will be selected via random drawing. This is an international giveaway, so anyone who buys Mixing It Up within the allotted time frame is eligible to win. Good luck!

Posted by Unknown at 4:00 AM No comments:

Review and Giveway - Fractured by Catherine McKenzie US Only 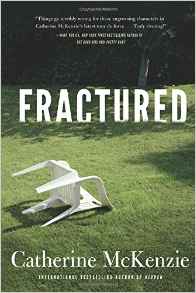 Welcome, neighbor!
Julie Prentice and her family move across the country to the idyllic Mount Adams district of Cincinnati, hoping to evade the stalker who’s been terrorizing them ever since the publication of her bestselling novel, The Murder Game. Since Julie doesn’t know anyone in her new town, when she meets her neighbor John Dunbar, their instant connection brings measured hope for a new beginning. But she never imagines that a simple, benign conversation with him could set her life spinning so far off course.
We know where you live…
After a series of misunderstandings, Julie and her family become the target of increasingly unsettling harassment. Has Julie’s stalker found her, or are her neighbors out to get her, too? As tension in the neighborhood rises, new friends turn into enemies, and the results are deadly.

My Thoughts
What a suspenseful book!  I seriously thought I had it all figured out and then my mind changed like 5 times!  I couldn't put this book down!  I was reading at college, work (shhhh don't tell!), before bed and even every morning!
Julie and her family have had a nightmare of a year and want to make a fresh start.  They pick a quiet neighborhood and hope to blend in and have a normal existence.  Little did they know that they moved into the neighborhood from hell!  Between the nosy neighborhood watch and the alcohol free block parties - they are starting to wonder if this decision was best for their family.
Then Julie meets her neighbor John one day while out for a run and they get along rather well and decide to become running buddies.They start to get a little too close and then it happens...

Just when Julie thinks she has left her crazy stalker behind across the country, crazy things appear around her house...could it be Heather?
Little by little the neighborhood begins to turn on them and they don't know who they can trust, if anyone.  You will have to read it to believe it!

Drink Selection
I was on the edge of my seat with this and I decided I would pair it with a bottle of Bregonzo Amarone della Valpolicella from Italy! Delish flavor! 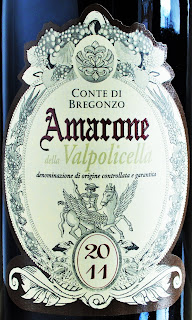 Rating
I couldn't put this book down and I think you will agree - 5 wine glasses all the way! 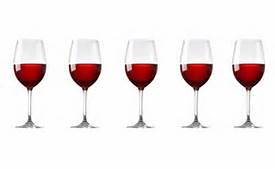 Giveaway  (US ONLY)
a Rafflecopter giveaway
Posted by Unknown at 11:16 AM No comments:

Email ThisBlogThis!Share to TwitterShare to FacebookShare to Pinterest
Newer Posts Older Posts Home
Subscribe to: Posts (Atom)
Join me daily at Books and Wine are Lovely for exciting book news, reviews, book tours, giveaways and so much more!