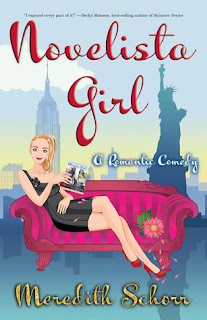 "Readers first met sassy Kimberly Long in Blogger Girl, and now the feisty New Yorker is back in a sequel packed with quick wit, friendship, heartache, and, of course, romance.

Kim runs the most popular chick lit book blog on the web, loves playing house with her sexy lawyer boyfriend, Nicholas, and is finally pursuing her life-long dream to become a published author. At first glance, her life is five-pink-champagne-flutes worthy.

After hearing the phrase "chick lit is dead" more times than she's read Bridget Jones's Diary, Kim is driven to desperate measures, seeking advice from up-and-coming chick lit author, Hannah Marshak, her high school nemesis and resident "mean girl." As if Kim doesn't have enough on her plate balancing her secretarial duties with her blog Pastel is the New Black, shrugging off the growing pile of agent rejections, and keeping her best friend from turning green over Kim's budding friendship with Hannah, Nicholas is so blinded by his career ambitions, he doesn't see that their home sweet home could use more than a dash of sugar.

This is the year when all of Kim's dreams—professional and romantic—are supposed to come true, but will the story have a happily ever after or will Kim end up unpublished and all alone? This novel can be read as a sequel or as a standalone and is best accompanied by a cocktail, preferably a pink one."

MY REVIEW
I couldn't be more excited about Novelista Girl if I tried! The only thing that makes me sad is that I finished it! I secretly hope that there is a 3rd book in the series in the works!

I have said it before and I will say it again - I see some little similarities between myself and Kim and who knows, maybe that's why I love it as much as I do! I am a paralegal in a law firm in the city by day and a chick lit book blogger by night! We are also similar in that I read and work on my blog during the day as well! Shhh don't tell my boss! LOL

I am so happy that Kim and Nick are still the same perfect couple that they always were, OK, maybe perfect is the wrong word to use.  No one is perfect, but I love them just the same!

Their story take many crazy turns.  One for the books is the arrogant Daneen, yes she's still in the picture!  Will this woman ever enjoy her life and stop butting into Kim's and Nick's?  Or will she go to her grave as a bitter, single lawyer who enjoys seeing the misery she can cause at every turn?

The fun doesn't stop there!  Nickolas's father joins the fun crowd and makes his sun feel as if he will never amount to anything just because he didn't become a DOCTOR!  I mean, I know that Lawyers are scraping to make a living and all (LOL) but I am sure he will manage!

Hannah Marshak returns for an encore and is just the same as she was in Blogger girl, only shall we say nicer?  You will have to read it to believe it!

The story will have you rolling on the floor laughing, yelling at the characters when they do something stupid (which may be frequently!) and crying tears of sadness when you fear it may be coming to an end!

So take out your favorite girlie beverage and sit back and enjoy the ride!  Meredith does NOT disappoint!

WINE SELECTION
I would pair this selection with a delish Cabernet Sauvignon by Girlie Girl Wine!  Yum! 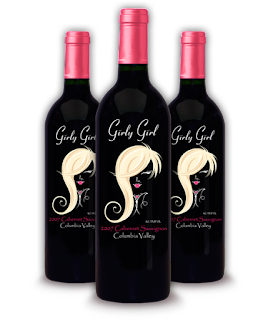 MY RATING
I give this fab sequel 5 wine glasses, I couldn't put this story down and I was sad when I came to the end! 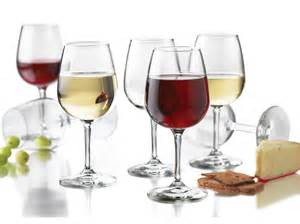