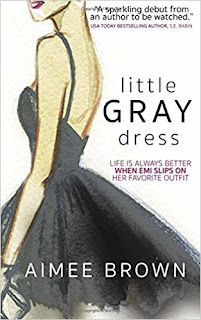 
“It won’t zip.” I look over my shoulder trying to see just how much of a gap there is in the zipper.


The seamstress pulls open the curtain and peeks in. “Ohh…” She taps her lips with her forefinger. “Maybe a corset will help?”


“A corset? Like, what they used to wear in the 1800s?” I ask, worried that instead of just looking fat I’ll end up with crushed ribs as well.


“They aren’t quite as excruciating as they were back then. I’ll just go grab one.”


“A corset, Lily!” I yell through the curtain at my best friend. “Did you hear that? I’m so fat that I need to cinch it all in with a corset.” I stick my face out of the edge of the curtain, only to see Lily’s nod.


“I don’t know what you’re complaining about, Ems. I wear Spanx every day of my life.” She rolls her eyes at me. Spanx isn’t an option for me; I need the big guns of underwear to make this dress even a tiny bit presentable.


I peel the dress off and drape it over the small chair in the fitting room. The dress could be described as ‘daring’, but a more fitting word would be ‘repulsive’. It could cause the ugly swan dress Bjork wore to the Academy Awards to bow its head in shame. Which I think is what it was doing that night, anyway. Hannah must have lost her mind to create this disaster as a bridesmaid’s gown. Maybe the dress itself isn’t that terrible, but on me… it’s appalling.


“Here we go!” The seamstress holds up a white corset. “We’ll just get you tied into this and we should be good to go.”


If only it was that easy. It takes ten minutes of pulling, pushing, and adjusting. I wish I could say that the superstrength, agonizingly uncomfortable corset does the trick. It nearly does, but to really drive home the fact that I still look terrible, we also opt for high-waisted Spanx-like underwear that hits me just below the breast. Then the corset itself, and I swear at one point it felt as if the seamstress has a foot on my back as she pulled the strings as tight as they could go to get it on. Then, as if two pairs of smoothing and self-shrinking underwear aren’t enough, we add some kind of full-length slip to smooth out the uh… lumpy areas. Which give me a bit more flare at the bottom of the skirt, in an attempt to achieve that hourglass shape that this dress so desperately needs, as opposed to the pear shape I seem to have taken on recently.


Sadly, the biggest problem I’m going to have at this wedding isn’t even the fact that I’ll be wearing a lot of bodycinching underwear underneath an ugly, far-too-snug dress created by my almost sister-in-law, Hannah.


My biggest concern is Hannah’s brother: Jack Cabot. My ex-fiancé.


Jack and I dated for five years, and for the last one of those years we were engaged. In all honesty, it was the best five years of my life, right up until that last day. That day is forever burned into my brain and has ruined so many parts of me. That was the day he shattered my heart, and I still haven’t found all the pieces.


I probably shouldn’t have put off the first fitting. Maybe my reflection in the dress wouldn’t be so shocking if I’d started the alteration process a month ago. Or maybe not. I’m sure the whole experience, no matter when I started it, would be just as traumatizing as it feels right now. 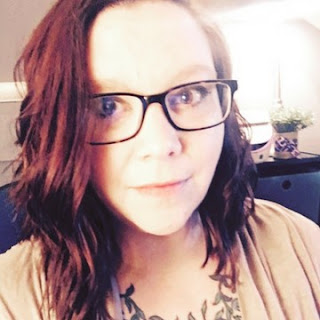 About the Author
Aimee Brown is a writer and avid reader, often blogging her thoughts on chick lit books. Little Gray Dress is her first novel published. She’s currently studying for her Bachelor’s degree in English Writing. She spends much of her time writing her next book, doing homework, raising three teenagers, binge watching shows on Netflix and obsessively cleaning and redecorating her house. She’s fluent in sarcasm and has been known to use far too many swear words.

Aimee grew up in Oregon but is now a transplant living in cold Montana with her husband of twenty years, three teenage children, and many, many pets.