The World Breaks Everyone by Lauren Clark 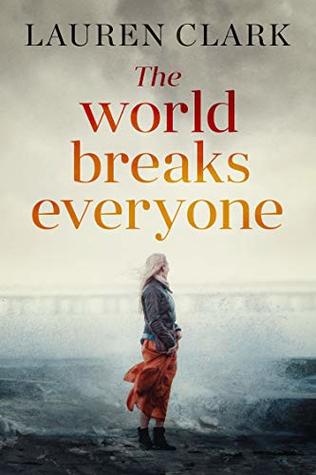 Every day, I wake up certain of only three things:

I am responsible for my mother’s death.
My father has vanished.
Someone wants me dead.

I’m on the run. It’s me against the world.
I cannot let it break me.

When sixteen-year-old Olivia Jacobs and her celebrity chef father are brutally attacked after his French Quarter restaurant opening, the shell-shocked Olivia finds herself on the run on the streets of New Orleans.

Who wants her dead? And why?

My Thoughts
This book was a little slow to start for me and pieces were slightly confusing to figure out (characterization) but once the action get going, I couldn't put the book down.
The main character Olivia is juggling so many things on her plate - death of a parent, her father being kidnapped and someone threatening to kill her.  What 16 year old could manage that life?  Certainly not my children!
This book is high energy, high stakes, action packed and will have you guessing all the way to the end.
For those who are looking for an action packed page turner this would be the perfect read this winter!

Drink Selection
I would pair this story with a hot glass of mulled cider on a cold winter night! 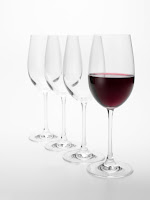 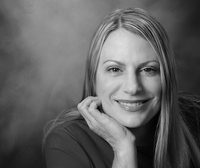 "A bold and poignant look into an imploding marriage, told in a chorus of assured voices. Center of Gravity is a compelling, fierce, and ultimately hopeful tale, and McNeill is a writer to watch."
- Josilyn Jackson, author of Someone Else's Love Story

“McNeill’s debut is a heart stopping, nail-biting suspense novel that held me captive until I read the last page."
--Colleen Coble, author of The Inn at Ocean’s Edge and the Hope Beach novels

"A breathless, gut-wrenching, satisfying page turner about the real superheroes of the world who stand up to evil and won’t back down."
--Erin Healy, author of The Baker's Wife

Laura McNeill has been a voracious reader since the age of four and would rather be stranded at the library than on a desert island. In her former life, she worked as an anchor and producer for CBS affiliates in Upstate New York and Alabama. Lauren adores her family, yoga, her new Electra bike, and flavored coffee. Center of Gravity is her first novel with Harper Collins/Thomas Nelson.

Link to Purchase
Amazon
Posted by Unknown at 4:44 PM