From Rom Coms to Middle Readers

As a romantic comedy writer, it never occurred to me to write in any other genre. I love the surprises, ridiculous escapades and happy endings you always get with rom coms. I read them, I write them, I adore them! So why write anything else? The answer is because my kids hit the planet.

My darling little girls are in preschool and first grade this fall, and while there are a plethora of fabulous reads for them now and as they mature, there are no books I had written for them. There are ideas and journeys I want to share with my littles that they don’t automatically dismiss because I am their mother.

I want them to learn to be a good friend, to know that bullies have no power over them and realize life is rich in adventure. I want to help mold their little minds, shape their futures and to do it in a way they love. So I created a series of stories for them that take place right in their own backyard. 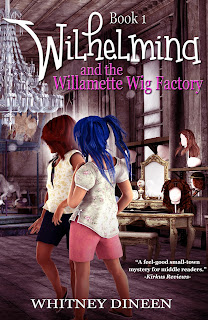 Wilhelmina and the Willamette Wig Factory is the tale of Wilhelmina Snodgrass and her family’s move from Illinois to the Willamette Valley, Oregon. Red-haired, freckle-faced Willy is terrified she won’t make any friends. That is until she meets her eccentric blue-haired neighbor, Thomasina Andretti.

Willy and Tommy become embroiled in a plot to reopen an abandoned wig factory in their town of Monteith. In their journey they befriend ghosts, battle bullies and meet the most surprising and prominent person they could ever imagine!

The Willy and Tommy adventures are my way of sharing life’s magical journey with my kids.  They are what I like to call chick lit for younger readers. They are full of lessons, moral dilemmas, baby bitch fights and budding romance. There are currently six books in the works. The next adventures are Who the Heck is Harvey Stingle?, Beware of the Basement, Operation W.iG C.H.eeS.e, Two Months in Atlantis and The Brethren.

Wilhelmina and the Willamette Wig Factory is available on Amazon:

Wilhelmina and the Willamette Wig Factory

Whitney’s romantic comedies, She Sins at Midnight and The Reinvention of Mimi Finnegan have both met with high reviews from Kirkus, Writer’s Digest and reviewers. They have both received Reader’s Favorite 5-Star seals.

She Sins At Midnight

The Reinvention of Mimi Finnegan 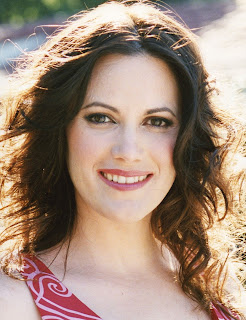 Author Bio:
While attending the University of Illinois in Chicago, Whitney Dineen was discovered by a local modeling agent and began an unexpected career as a plus-size Ford model. She modeled in New York City before moving to Los Angeles with her husband.
When she wasn’t modeling, she was in the kitchen, baking delights to share with friends. Soon, her friends began asking her to send baskets of her wonderful candies and cookies to business associates, agents and production studios. Word spread like wildfire, and the rest, as they say, is history. Whitney’s sensational creations are still in great demand by her loyal celebrity clientele (www.WhitneysGoodies.com).
Whitney and her husband, Jimmy, now live the beautiful Pacific Northwest where they are raising their children, chickens and organic vegetables.
Posted by Unknown at 10:58 AM