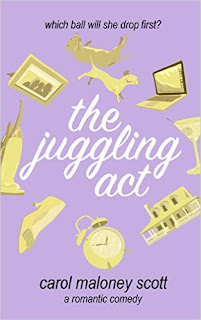 “Claire…are you drooling on the window?”
I jump. “No, of course not. I was just looking out the…holy shit, we’re in the air?” I stare into Justin’s emerald eyes, with the whites as clear as Aidan’s at this ungodly hour. “I didn’t sleep through takeoff!”
“Well, actually you did. I fastened your seat belt and put your phone away, and stowed your tray to the upright and locked position. At one point your head smacked against the window a bit and I reached over with this pillow—”
“Would you like a beverage?” I now notice that the flight attendant has been waiting for me to give my drink order during this exchange.
“I’m sorry, yes, can I have some orange juice, please?” I hate orange juice, but I hate coffee more.
“Hmm…are you sure you don’t need a jolt?” Justin tries to pinch my arm and I flinch, almost knocking over the juice I’ve just been handed. The unamused server suppresses a sigh as she rolls her cart onto the next valued guest. I guess Justin’s hotness only goes so far with a woman who’s expected to be perky at work in the wee hours. I get it…I hide in my office until ten, if I can.
I glare at my traveling partner and he begins rifling through the magazines in front of him. “Did the baby keep you up last night? Wait, I know. You had to give your husband a proper goodbye and that took most of the night.” He smiles and chuckles to himself as he browses through overpriced gadgets that don’t look real.
“Yep, that’s it. So if you will excuse me, I am going to take a small nap. Please wake me if I sleep through landing as well.”
I recline my seat the extra centimeter and close my eyes.
I wish Brandon and I were having wild sex all night to say goodbye. Instead we have been arguing for the past two weeks about babies, adoption, birth mothers, trash cans, nannies, neighbors, music, business trips and a book designed to make me look like an uncaring shrew.
I don’t even know where to begin to solve all of these problems. He said he was sorry for not discussing the e-mail from Chastity, but she did copy both of us. I suppose technically it was my own fault for not opening it, but it was clearly his sole decision to set up a meeting with her before consulting me. He said he would cancel if I was opposed, but he knows damn well that I can’t legally oppose it.
And he’s right that I don’t want to be there, but I also don’t want my son getting to know his birth mother behind my back. Brandon knows how I fear losing Aidan to her, even though that is unrealistic, given her circumstances as a young, single woman struggling to make it. Unless she has found a man and he is encouraging her to…I cut off that train of thought before I need the vomit bag.
I do have a tendency to get worked up over nothing, but on top of Brandon hiding Chastity’s visit, he has been writing a book fictionalizing our lives for the past few months and hasn’t told me. My company is going to publish it, and I didn’t even know about the topic. I recognize that I can be difficult to approach with sensitive matters, but he can’t hide his head in the fucking sand and avoid every issue.
He is younger than me, but eight years is not such a great difference. He is thirty years old, not eighteen. He knows better.
And as if all of that wasn’t enough to fight about, we have a nanny who behaves very inappropriately around my husband when I’m there. Obviously it is worse when I’m at work, and now I will be away all week.
We also have a neighbor with a painfully apparent desire to jump his bones, and he just acts like it’s all fine and I’m overreacting.
Last night was the worst clash of wills when he started in on my trip with Justin. This is a business trip. The person who provides our health insurance and stable income was told that this is a required activity. Does he really think I like leaving Aidan for a whole work week, particularly with our marriage in shambles? I didn’t choose Justin to accompany me on the venture, either.
Sleep is alluding me, so I decide to open my eyes and see what Justin’s doing. He has headphones in and his eyes are shut. He has those impossibly long eyelashes that so many men are blessed with and don’t deserve.
I almost tap him on the shoulder, but decide to leave him alone. We have all week to talk, and I need to pace myself for a bumpy ride.
And I am not referring to airplane turbulence. 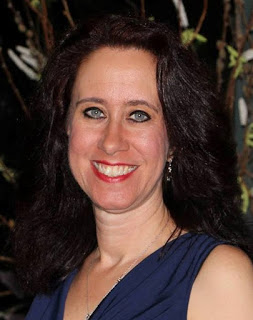 Carol Maloney Scott, author of the Rom-Com on the Edge series, is a frazzled new bride and wiener dog fanatic. She is a lover of donuts, and a hater of mornings. Recently unearthing a childhood passion for writing, she can once again be seen carrying around a notebook and staring into space. Her stories are witty, fresh and real, just like life. 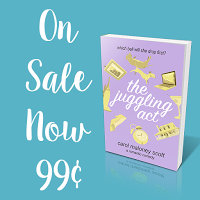 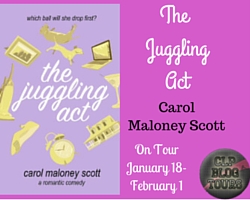