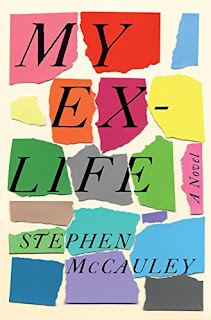 
I’ve always been charmed by stories of couples who reconnect after years and even decades apart. I think they appeal to the part of me that likes familiarity and continuity as well as the part that craves the excitement of the new.  A familiar person in an exciting new context. Probably my favorite example is Noel Coward’s play Private Lives.

I don’t think I’m the only one who is attracted to this kind of story. When I mention the title of my new novel, people often start telling me about cyberstalking old boyfriends, high school sweethearts, and lost loves. “It’s totally innocent,” they invariably say. “I’d never do anything.” To which I say, “Yeah, right!”

In My Ex-Life, the previously-married couple is Julie and David. When they reconnect after thirty years, they’re both in crisis and each wants to help out the other. They still love each other, but David has since come out as gay, so their love story is not destined to end in another marriage.

I really loved these two characters who quickly began to feel as real to me as people in my life. I had no idea how the novel would end, and I’m opposed to manipulating a “happy ending,” but I really hoped things would work out for them. One of the nicest things about the response to the book has been hearing people say they, too, fell in love with the characters.

There’s a lot in the novel about college essays (I’ve been teaching at the college level for thirty years) and about Airbnb (I own a couple of short-term rentals). As a narrative device, I love the idea of people welcoming complete strangers into their most intimate spaces—their houses. It also says something about the culture and the economy right now that so many of us are doing this.

In the case of all the other novels I’ve written (My Ex-Life is my seventh, my ninth if you count two I wrote under the pseudonym Rain Mitchell) I was happy to reach the end and part ways with the characters, let them live their own lives. In this case, I was genuinely sorry to leave them. That said, there’s a melancholy sweetness about saying goodbye to friends. And since I’m working on a new novel, I’m in the process of making some new ones. 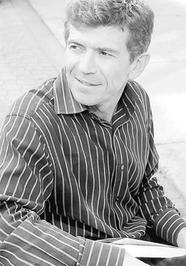 I grew up outside of Boston and was more or less educated in public schools. I went to the University of Vermont as an undergraduate and studied for a year in France at the University of Nice.
Upon graduation, I worked at hotels, kindergartens (see The Object of My Affection), ice cream stands, and health food stores. I taught yoga in a church basement and set up a house cleaning service. For many years, I worked as a travel agent (see The Easy Way Out) and was able to travel somewhat extensively and inexpensively.

Links to visit for Stephen: