Our Little Secret by Roz Nay

A police interview room is the last place Angela expected to find herself today. It's been hours, and they keep asking her the same inane questions over and over. "How do you know the victim?" "What's your relationship with Mr. Parker?" Her ex's wife has gone missing, and anyone who was close to the couple is a suspect. Angela is tired of the bottomless questions and tired of the cold room that stays the same while a rotating litany of interrogators changes shifts around her. But when criminologist Novak takes over, she can tell he's not like the others. He's ready to listen, and she knows he'll understand. When she tells him that her story begins a decade before, long before Saskia was in the picture, he gives her the floor.

A twenty-something young professional, Angela claims to have no involvement. How could she? It's been years since she and H.P., Mr. Parker that is, were together. As her story unfolds, it deepens and darkens. There's a lot to unpack... betrayal, jealousy, and a group of people who all have motives for retribution. If Angela is telling the truth, then who's lying?

My Thoughts
Wow!  What a great story!
Angela never quite got over her first love, not by a LONG shot.  She is obsessed and that is putting it mildly!  She and HP were a match made in heaven or so she thought until Saskia came in and stole her best friend (love of her life) out from under her.
Now she's (Angela) landed herself in a police interview room after Saskia goes missing.
She should have done herself a favor and asked for a lawyer a long time ago.
She claims she has had no involvement with HP in years but as she talks herself out of trouble (or so she thinks) she's really talking herself right into prison.
I highly recommend this quick read to all thriller lovers.

Drink Selection
This selection is leaning me towards a stiff drink, Scotch of the Rocks please!  Make that a double! 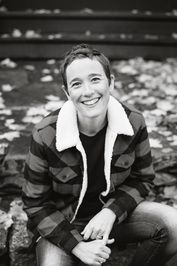