Hello Everyone!  I have another exciting edition of Friday Finds!  I hope you have a great weekend and take advantage of these great steals!  xx  (Free at the time of publication) 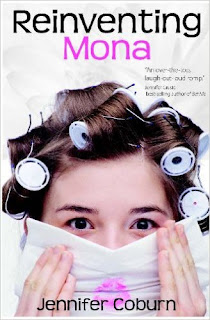 SUMMARY
What's new? Me, for starters... It all began when my job offered me a buyout package. That's when the realization hit: I'm young, I'm rich (thanks to a hefty inheritance), and I'm boring. Things are gonna change-starting now... Building a better man trap... First things first: Exercise. Carrot juice. Straight hair. Whiter teeth. Clothes that fit. But wait-there's more. I'm finally ready to take a chance on love with the perfect guy. He's handsome. He's smart. He's reliable. He's my CPA. Problem is, I'm clueless about winning him over. It's time to call in an expert. It's time to call in The Dog. Down, boy. Mike "The Dog" Dougherty is a man's man. A guy's guy. Okay, he's a chauvinist pig, and his sty is "The Dog House," a testosterone-charged column in Maximum for Him magazine. On one hand, I abhor all he stands for. On the other hand, who better to coach me? So here I am. Learning the complex unspoken language of the American male (Talk, bad. Sex, good.); trying exciting new things (Stripping lessons are empowering. Really.); falling for Mike. Uh oh. But the Mike I'm getting to know is different from The Dog. And the Mona I'm becoming isn't quite who I expected, either. This whole makeover scheme is getting crazier by the minute. But "crazy" beats "boring"...right? 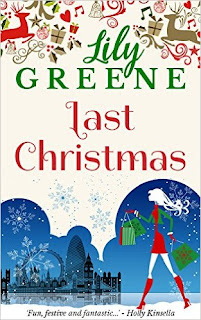 She had been with sophisticated banker Robbie Newton for six years when they suddenly broke up on New Year’s Eve.

Robbie had left her heartbroken and hurt with nothing but a note explaining he had taken a job in Chicago.

This Christmas Ella is determined to bury her past and start afresh.

She focuses on her career as an artist and organises her debut exhibition in a swanky London gallery.

While shopping for her best friend, Libby Crosley, who is hosting her infamous Christmas party that evening, Ella bumps into a mysterious man in the supermarket.

After a series of awkward run-ins and chance meetings with this stranger, Fergus Lamb, Ella feels the pangs of love again.

Fergus is nothing like any man Ella’s ever dated.

Just as Ella’s luck is changing, Robbie shows up unannounced at the opening night of her exhibition.

Who will Ella choose? Her suave and successful ex-boyfriend who she finds so irresistible? Or the exciting new stranger who has just waltzed into her life?

Will this Christmas be a fresh start? Or will she be dragged back to the memories of Last Christmas?

‘Last Christmas’ is a heart-warming, witty and modern take on the classic love triangle story – the perfect romance to curl up to the fire with. 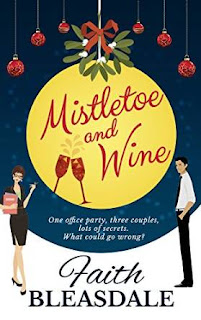 One office party, three couples, lots of secrets. What could possibly go wrong?

Harry Augustus, the third generation boss of Augustus Estate Agents, is hosting the biggest and best Christmas party yet.

He is pulling out all the stops and has a big announcement to make.

Gabby, the glamorous office manager, is in charge of the festive bash.

But she’s also sleeping with the boss.

Their office romance has been anything but subtle and is made more scandalous by the fact that Harry is married with two kids.

But theirs is not the only secret relationship in the office…

Caroline, Harry’s dutiful PA, is dating her irresistible colleague, Rob Sharp, who wants to keep their relationship private so it won’t affect his chances of an upcoming promotion.

But Caroline is at her wits end; she’d rather face the inevitable gossip than the icy front Rob puts on in the office.

Why does she feel like she’s the one having the affair?

Gabby takes Caroline for a drink at the ‘Olive’ to plan the party and tells her she thinks Harry is going to leave his wife for her.

That’s what the announcement is going to be about.

While leaving the bar, Gabby sees Evie and Joseph, two juniors at the company, sharing a tender moment.

As Gabby, Caroline and Evie grow closer, their secret relationships threaten to catch up with them.

What is Harry’s speech going to be about? How will the couples cope when the truth is revealed during a not so secret ‘Secret Santa’ present swap?

Can mistletoe and wine save the day? Charlotte Young and her five closest friends ring in the New Year on a ski vacation in the swanky, celebrity-packed French Alps, where her world collides with long-time celeb crush, Des Bannerman—aka “The King of Rom-Com.” Unexpectedly, Charlotte finds herself happily reconciled to an innocent evening of drinking champagne, gambling, and chatting to the celebrity of her dreams.

Charlotte’s friends join forces to help her realize her lifelong fantasy, yet his girlfriend, the latest Bond Girl, proves an insurmountable obstacle. Lighthearted banter turns into tabloid fodder and leaves Charlotte saddled with a restraining order.

With the help of her friends, Charlotte finds the answers to life’s biggest questions while trying to deal with the fallout of her fifteen minutes of fame. 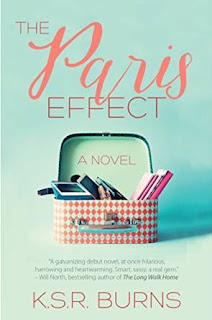 Nothing is what it seems in this highly praised debut novel about a young woman who sneaks away to Paris without telling anyone. Not even her husband. Once there she's robbed, stalked, arrested, kidnapped (almost) and--worse--finds that her numerous problems have come right along with her. Grab a croissant and settle in for a decidedly non-touristy trip to the City of Light. 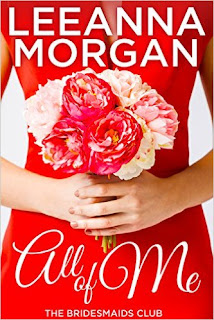 Tess has given up looking for Mr. Right, but that doesn’t mean she’s given up on love. When she reads a newspaper article about a young couple who've had everything stolen from their home, including four bridesmaids dresses, she knows she has to help.

But by helping the bride, Tess risks exposing a past she doesn't want anyone to know about. She does everything she can to minimize the danger she's in, but she does the one thing guaranteed to destroy everything - she falls in love with the wrong man.

Logan Allen has spent most of his career reporting on the news from around the world. When a letter arrives from Afghanistan, the trauma he's been living with is about to explode back into his life. He betrayed a small Afghan village and Tess thinks he’s betrayed her.

From their first random act of kindness comes an experience Logan and Tess will never forget. And maybe, if they work together, they can create a future that’s better than anything they've left behind. 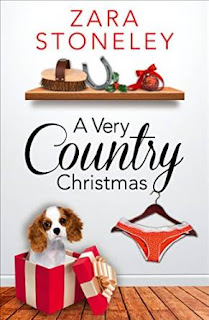 A short Christmas story of three courses.
Love is in the air in Tippermere as Lottie dreams of a white Christmas with no trimmings – other than her hot and hunky eventer, Rory. But things are never quite that simple on the Tipping House Estate.
Festive fervour takes over and it isn’t all seasonal peace and goodwill as expectations rise and it soon escalates from cosy dinner for two, to all the trimmings for ten!
With missing turkeys, loose horses, troublesome terriers and randy huntsmen, Lottie is hard pushed to find time for a kiss under the mistletoe, let alone find the opportunity to woo Rory with her sexy Santa costume.
But there is only one thing Lottie really wants for Christmas, and only one man can deliver it… 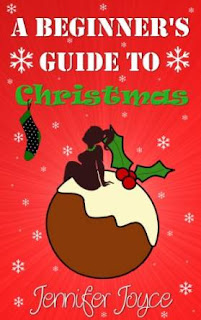 SUMMARY
Ruth usually spends Christmas curled up on her parents’ sofa, watching feel-good movies whilst being fed festive food and drink until she can no longer move. But Ruth’s perfect Christmas is shattered when her mum receives a DIY-induced injury and Ruth is forced to take over the preparations.

Christmas may no longer be the most wonderful time of the year.