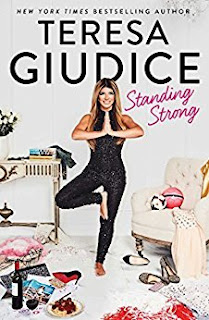 The Real Housewives of New Jersey star and New York Times bestselling author Teresa Giudice opens up about her tumultuous past year in her emotional new memoir Standing Strong.

In her second memoir, Teresa chronicles her life since her release from prison and what it’s been like to weather difficult times as a single mother. Though she recounts the happy memories she has experienced over the past year, she also touches upon some of the darkest times of her life, including her parents' hospitalizations for severe medical issues in late 2016, which led to the tragic passing of her mother in March of 2017. With unparalleled honesty and courage, Teresa opens up in Standing Strong in ways she never has before, showing her fans what it truly means to be a survivor.

My Thoughts
I have always thought Teresa seemed like such a fun loving person!
To be honest I have only seen bits and pieces of Real Housewives of NJ, but the parts I did see were great!  She has such a great personality and seems pretty down to earth for the most part.
This second memoir touched on her life after prison and wow, it has not been a walk in the park for her.  Between her husband going away from 4 years, her mother's passing and the hectic life of a single mom of 4 girls,she has her hands full.
This book tells about her raw innermost feelings.  She doesn't hold back and that's another thing I love about her.  She tells it like it is!
If you are a fan or have been in the past I highly recommend this book, you will really enjoy it. 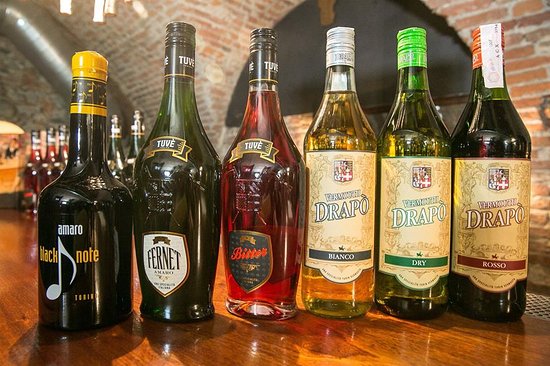 Drink Selection
I am going to pair this book with Turin Vermouth, a big hit with Italians!

Rating
5 wine glasses for sure, real and raw emotion make it a great selection!

About the Author
Teresa Giudice is an American reality television cast-member, known for starring in The Real Housewives of New Jersey. She is the daughter of Italian immigrants, grew up speaking Italian, attended Catholic school and is a graduate Berkeley College. Teresa is married to businessman Joe Giudice and they have four daughters together. In 2014, Teresa and Joe entered a guilty plea to several counts of financial fraud. Teresa was sentenced to 15-months in a federal prison.