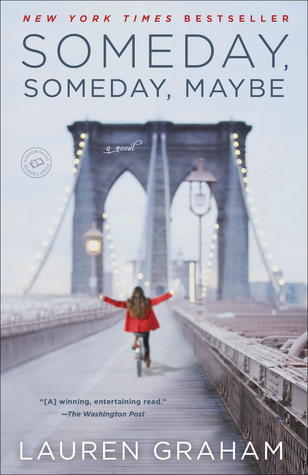 It’s January 1995, and Franny Banks has just six months left of the three-year deadline she set for herself when she came to New York, dreaming of Broadway and doing “important” work. But all she has to show for her efforts so far is a part in an ad for ugly Christmas sweaters, and a gig waiting tables at a comedy club. Her roommates―her best friend Jane, and Dan, an aspiring sci-fi writer―are supportive, yet Franny knows a two-person fan club doesn’t exactly count as success. Everyone tells her she needs a backup plan, and though she can almost picture moving back home and settling down with her perfectly nice ex-boyfriend, she’s not ready to give up on her goal of having a career like her idols Diane Keaton and Meryl Streep. Not just yet. But while she dreams of filling their shoes, in the meantime, she’d happily settle for a speaking part in almost anything—and finding a hair product combination that works.

Everything is riding on the upcoming showcase for her acting class, where she’ll finally have a chance to perform for people who could actually hire her. And she can’t let herself be distracted by James Franklin, a notorious flirt and the most successful actor in her class, even though he’s suddenly started paying attention. Meanwhile, her bank account is rapidly dwindling, her father wants her to come home, and her agent doesn’t return her calls. But for some reason, she keeps believing that she just might get what she came for.

My Thoughts
Where do I begin...hands down I LOVE Lauren Graham.  I love Gilmore Girls.  I can't get enough.
I could hear so much of Lauren's character Lorelai Gilmore in so many of the statement's that Franny made, that made my day.
I will say the story seemed to drag on a little and I LOVED the beginning and I LOVED the end but the middle I'm 50/50.
Franny truly depicts the struggle that young actors go through when they are trying to make it in NYC.  The ups and downs, the possible compromising of morals, and relationships with friends , family and others.
In the back of my mind, I feel like Franny may be Lauren when she was first starting out and learning the hard ropes of showbiz.
The storyline was great but parts could have been a little shorter and others not long enough.
Good read for all Lauren Graham fans!

Drink Selection
I'm pairing this fun book with The Brooklyn!

3 dashes cherry liquer
1.0 oz rye/whiskey
0.75 oz Vermouth
Mix together with crushed ice in a glass and garnish with mint leaves 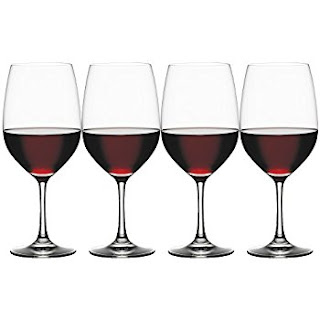 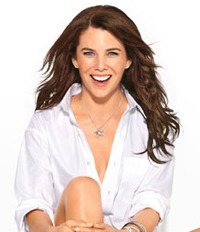 About the Author
Lauren Graham is an actor, writer, and producer best known for her roles on the critically acclaimed series Gilmore Girls and Parenthood.

She is also the New York Times bestselling author of Someday, Someday, Maybe, and Talking as Fast as I Can.

Graham has performed on Broadway and appeared in such films as Bad Santa, Because I Said So, and Max. She holds a BA in English from Barnard College and an MFA in acting from Southern Methodist University.

She lives in New York and Los Angeles.