The Summer of New Beginnings by Bette Lee Crosby 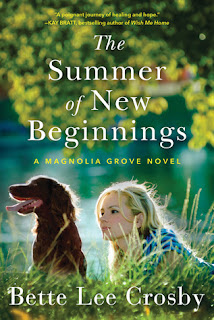 One family learns that love is the greatest miracle of all.

Aspiring journalist Meghan Briggs has always been the responsible one in the family. So when her father passes away unexpectedly, leaving behind his at-risk business, she steps up to save his legacy—even if that means putting her own dreams on hold.

Tracy couldn’t be more different from her sister. She’s always been the rebellious type, without much direction in life. But in the wake of her latest romantic disaster, she finds herself moving back home as a single mother.

As Tracy experiences the difficulties of new motherhood, Meghan faces her own struggle: trying not to fall for the stray puppy she rescued. This is no time for attachments—not to the adorable “Sox,” whose owner is bound to turn up any day, and certainly not to the handsome new vet in town. But as the summer unfolds, she discovers that, like Sox, she may need rescuing, too.

My Thoughts
Such a sweet heart felt story.  It took me a few chapters to get attached to the characters but then couldn't put it down.
Following the development of a new found sisterhood between Meghan and Tracy was amazing.  Meghan realized new passions along the way and Tracy grew up from the carefree reckless teenager she was when she left home.
They meet different struggles along the way which help them grow strong as a family.  Heart break, love, loss, medical problems, but nothing seems to bring them down.
Such a sweet story and I can't wait to read the second book in the series coming out soon.

Drink Selection
I feel like a nice glass of lemonade goes perfectly with this story of hope and growth. 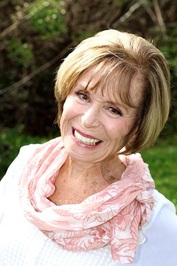 Samantha from Reader's Favorite raves, "Crosby writes the type of book you can’t stop thinking about long after you put it down."

"Storytelling is in my blood," Crosby laughingly admits, "My mom was not a writer, but she was a captivating storyteller, so I find myself using bits and pieces of her voice in most everything I write."

It is the wit and wisdom of that Southern Mama Crosby brings to her works of fiction; the result is a delightful blend of humor, mystery and romance along with a cast of quirky charters who will steal your heart away. Her work was first recognized in 2006 when she received The National League of American Pen Women Award for a then unpublished manuscript. She has since gone on to win twenty awards for her work; these include: The Royal Palm Literary Award, the FPA President's Book Award Gold Medal, Reader's Favorite Award Gold Medal, and the Reviewer's Choice Award.