The Wedding Beat by Devan Sipher 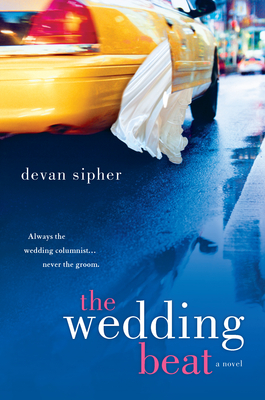 Sometimes the best man isn't even in the wedding party...

Gavin Greene is a hopeless romantic. He's also a professional one: he writes the wedding column for a Pulitzer Prize-winning newspaper, covering spectacular parties from coast to coast. But there's a thin line between being a hotshot reporter on assignment...and being a single guy alone on a Saturday night at someone else's wedding.

Everything changes on New Year's when Gavin meets Melinda, a travel writer with enchanting dimples. A moonlit stroll across a Manhattan rooftop seals the deal. Until an Aussie with attitude swoops in and whisks her away before Gavin gets her number.

Gavin crisscrosses New York City to find her again. And he learns that there's something worse than losing the woman of his dreams: Having to write an article about her wedding.


My Thoughts
First off, I liked how this story was told from the male perspective.  9 times out of 10 it's always female perspective.
It's slightly, ok really out of left field, that there would be a guy that had dreams about marriage, honeymoons and babies his entire life.
One funny line in the book, because he was still single he was letting down his species, really?  HAHA  Personally I think they would praise him.
This book has all sorts of ups and downs - love at first site, hope, deceit, cheating, happiness, which will be Gavin's fate?


Drink Selection
So many weddings, have to pair it with champagne!  Delish! 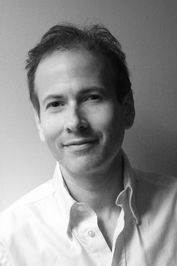 About Devan
Born in LA.

I always thought that would make a good title for my autobiography. Not that I plan on writing one.

I grew up mostly in Southfield, Michigan, which sounds misleadingly bucolic for a suburb of Detroit with more than 27 million square feet of office space.

For the past eight years I've been a writer of the Vows column at The New York Times, and my first novel, The Wedding Beat, was loosely based on my experience at the Times as a single guy writing about weddings.

My second novel, The Scenic Route, comes out in June 2014.


Link to Purchase
Amazon
Posted by Unknown at 2:14 PM