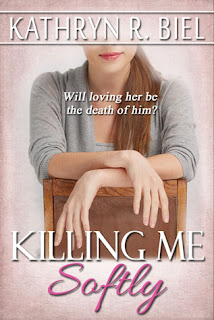 SUMMARY
Sadie Perkins has a sixth sense about things—especially people dying. Her clairvoyance has never bothered her until she starts to believe that her visions are causing the deaths of those around her. After her latest relationship ends ... badly ... Sadie swears off love for good. While searching for an uncomplicated life, Sadie finds her hands full not only with a home renovation project but with defending herself against suspicion of murder. There's a fine line between predicting someone's death and causing it. Has Sadie finally crossed that line?
Enter contractor Max Schultz, who is not only good at working on houses, but he's good at working on Sadie too. Much to Max's dismay, as he's trying to win Sadie's heart, he finds Sadie's first love, Henry Fitzsimmons, is back in the picture, snooping around.
Sadie doesn't know which way to turn or who to trust, including herself. Can Sadie clear her name and open her heart all at the same time?

MY REVIEW
What a roller coaster ride for Sadie Perkins!  That poor girl!  If I were her I think I would have had a nervous breakdown by the middle of the book!
This book sucked me in right from the get go!
Let me say I never used to believe in mediums, but then I started watching Long Island Medium and I was hooked!
As for Sadie, she has dreams of what is to come and then it happens.  The downside of this ability is the fact that Sadie thinks she is causing these people's death's and unfortunate mishaps!  Talk about stress for the poor girl!
Her luck seems to be turning around, she's going on a weekend getaway with her boyfriend Rob.  Once they arrive it goes down hill...not only does he make her drive separately to meet him there (who does that?) then while there, there is an incident with a bat.  Yes you read that correctly, a bat!
Not only does he freak out, he runs from the room, packs his things and tells her he's heading home.  Now mind you, he knows she has been drinking and can't driver herself so he tells her that she can stay and leave tomorrow morning when she is able to drive.  Did that just happen?  He didn't even offer to bring her with him?
The story begins to unfold in so many crazy directions...first there is a car accident...then there is a pregnancy, then a love affair begins, an old first crush returns, followed by a disappearance...
Your mind will be going in so many directions, you won't know who to believe, who really did what and where the story is going to do next!
Sit back and enjoy this wild and crazy turn of events in Sadie's life!

WINE SELECTION
To pair with this tale of crazy and uncertainty, I would enjoy a bottle of Black Sheep Dark Continen! 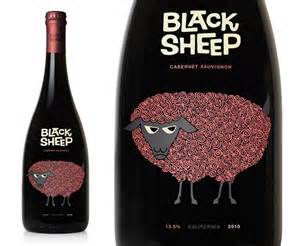 MY RATING
I would rate this amazing tale of death, lies and clairvoyance 5 glasses of wine!  You never know what will happen around the next corner and it will pull you in till the very end!