Hello Everyone!!! I have another exciting edition of Friday Reads!  I hope you have a great weekend and take advantage of these great deals!  xx (Free at time of publication) 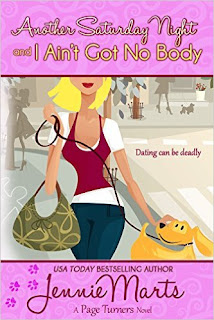 SUMMARY
Sunny’s not sure she’s even looking for Mr. Maybe, when her friends decide to find her Mr. Right.
Sunny Vale considers herself a dog-loving, romance-reading, homebody. But her life goes from dull to deadly when her book club fires her from her own love life and sets her up on six blind dates- one of whom might be with a murderer. More trouble arrives in the dead of night, in the form of Jake Landon, a mysterious stranger, who breaks into her neighbor’s house and possibly her heart. But Jake is packing more than a loaded gun in his well-fitting Levi’s. He brings an arsenal of secrets and plenty of heat to Sunny’s ho-hum summer.
Jake Landon finds himself caught up in the capers of the sexy blonde in the house next door. But he has his own agenda which doesn’t involve playing hero to a curvy second-grade teacher and babysitting her panty-puking puppy. He's got other problems like fiery explosions, a missing person...and a parade of jerks Sunny insists on dating.
Could Sunny’s Mr. Right be right under her nose? Even though Jake is gorgeous, likes her dog, and has abs she can crack an egg on, can she really go out with him if he’s just murdered her next door neighbor? 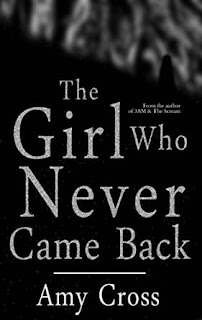 SUMMARY
Twenty years ago, eight-year-old Charlotte Abernathy vanished while playing near her family's house. Despite a frantic search, no trace of her was found until a year later, when the little girl turned up on the doorstep with no memory of where she'd been.
Today, Charlotte has put her mysterious ordeal behind her, even though she's never learned where she was during that missing year. However, when her eight-year-old niece vanishes in similar circumstances, a fully-grown Charlotte is forced to make a fresh attempt to uncover the truth. 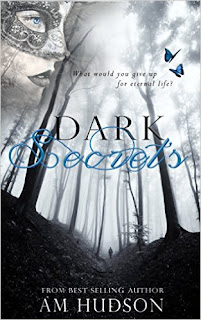 "Is that it?" I asked softly, keeping my eyes closed. "Will I die now?"
Jason laughed against my ribcage. "No. I'm going to bite you again."


Lost in the struggle to find happiness again after losing her family and moving to a new country, Ara befriends the oddly alluring David Knight. Torn between the love of a childhood friend and the deep connection that's forming with David, she will be asked to make a decision about their relationship before she's even ready to admit her feelings. But a cruel stranger enters her life on the night of the town masquerade and forces her hand, taking away what little innocence Ara had left. 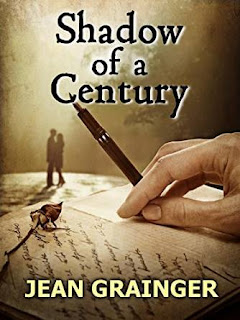 SUMMARY
A journalist in modern New York stumbles across a story from a century earlier when the streets of Dublin were ablaze as men and women fought valiantly for liberation from the British Empire. This is the story of three women.
Mary Doyle was reared by nuns and knows nothing of her parents, except that they were a source of shame. Arriving to Dublin in 1913 at just eighteen years old, she is resigned to facing a lifetime of domestic service. Instead, however, her eyes are opened to the political and social turmoil of a fledgling nation struggling for independence. Suddenly, all that was once inevitable is no longer a certainty as she is embroiled in the very heart of the Easter Rising.
Scarlett O’Hara has overcome many hurdles to get where she is today, not least her name. A successful political analyst, on a reputable New York broadsheet, her seemingly perfect existence goes up in a blaze of media headlines when she makes one catastrophic error of judgement. As she tries to rebuild her life from the wreckage, she has no option but to start at the very beginning again.
Eileen Chiarello is ninety-three years old and she has a story that will draw her back to Ireland, the land her parents fought for and loved so passionately. A chance meeting with Scarlett gives her the opportunity to fulfil a promise she feared she never could.

Have a great weekend ya'll and Happy Reading!