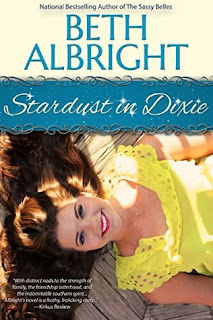 
Abigail Harper Cartwright was coming undone. As the promotions director for a Tuscaloosa radio station, a huge upcoming Mother’s Day live event could make or break her career. But at the same time, two former lovers have stumbled back into the picture turning her life upside down.

One old boyfriend – who works for a competing radio station, seems to be out to sabotage everything she does, while another may just be her knight in shining armor. But after being dumped during a very public marriage proposal, he may not be able to give Abby a second chance.

To make matters worse, a nosey neighbor has started an epic turf war and azalea bushes, a stolen mailbox and some front porch graffiti are the result.

As event day draws near, the dirty tricks at work get more intense and Abby has to call on her sassy sisters to help get to the bottom of it.

And Abby’s new/old love has another love of his own – a three year old thoroughbred horse whose name holds the secret to some long harbored feelings.

It all culminates in some Derby Day and Mother’s Day fireworks that will get your heart pounding and tears flowing.

National best-selling author Beth Albright does it again with this new Southern page-turner with romantic comedy, emotion, passion and laugh-out-loud humor.  Grab your best girlfriends and hang on tight for this hilarious, exciting, sassy, southern tale. 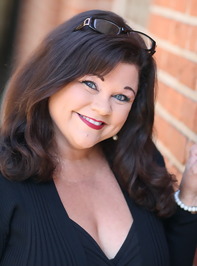 Beth Albright is the author of the award-winning, best-selling series The Sassy Belles, and the nationally best-selling series In Dixie. After spending nearly 15 years as a talk radio host in talk radio, acting as a principal character on the soap opera, DAYS OF OUR LIVES, owning her own acting school and children’s theater, and raising a son who was a nationally ranked figure skater, Beth returned to her roots; storytelling. “In the south, we are good at stories. We hold them close like fine diamonds, polish them up like precious silver, and we hand them down like a priceless heirloom to our young with the hope that they will tell our stories for us when we are buried beneath the red clay of home.” Except from Southern Exposure, Tales From My Front Porch. (Beth’s Memoirist book of essays.)
It’s just what we do down south, pass on our stories,” she says.
Though Beth has had a remarkable career, literally from New York City to Hollywood, she has never forgotten where she came from, and what she loves: The Deep South!
Beth is also a screenwriter, a voice-over talent for commercials, and a nationally known speaker and emcee. Beth lives with her TV producer husband, award winning promotions and branding executive, Ted Ishler. Her son, graduating with Distinction from Berkeley in the top 10%, is on his way to graduate school in the fall. 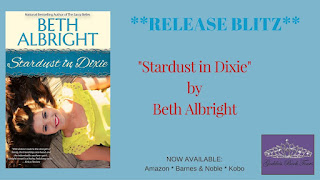