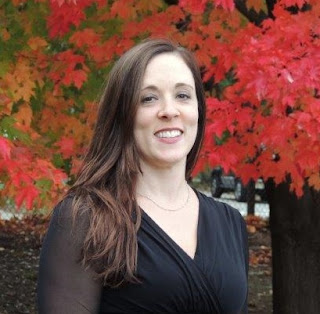 Stranger than Fiction?
I still remember the day I sat down to write my first book. It was an ordinary Tuesday in the fall of 2012 and I had butterflies in my stomach every time I even got close to my laptop. I mean, I had never aspired to be a writer, so what in the heck was I thinking? Could I really write a book simply because I dreamt I did? Then I reminded myself that I had an incredible love story to tell and no one would be able to tell it better—after all, I was the heroine. Chick lit had always been my favorite genre and my tale lent itself perfectly to my interests. The die had been cast!

With each keystroke, things got a little easier. I had a gorgeous French hero, a zany heroine and a charming family to help me; this story was going to write itself! Every so often I would consult the outline I had made in my trusty Yoda notebook or check with my husband about a minor detail I had forgotten. (I may have stopped a few times to freak out about sharing such personal details with the world at large, but chocolate always put me right.) There were tears, followed by revisions, laughter followed by more revisions, but in the end, I believe I crafted a story which contained enough truth to preserve our epic tale and enough judicious editing to make us all look good. Upon reflection, I probably should have downplayed my neuroses a bit, but that’s a story for another time.

Fast forward three years to the fall of 2015 and I found myself afraid of my laptop for a whole other reason. After completing three books based on my real-life French fairytale, I decided it was time to abandon the notion of “truth is stranger than fiction” and give my imagination a real workout. I found myself, oddly enough, inspired by a video game documentary I watched with my husband the month before. I had yet to see a chick lit heroine in the role of gamer, so why not give a try? And, what if, just for fun, I included her gaming world as part of the story? Chick lit infused with fantasy? Pure genius!

I was petrified for the first few days. What if I couldn’t do my story justice? What if the words simply didn’t come? What if I actually had no idea what I was doing? (I ask myself a lot of questions!) Shutting out my insecurities, I forced myself to keep writing until I felt comfortable. Before I knew it, the plot took shape. I marveled at how freeing it was, well, to make stuff up! I didn’t have to worry about how someone would react to my portrayal of his/her personality because I created everything from scratch. These people could do and say whatever I wanted. It was AWESOME!

Thanks to the indulgence of my family and a few of my writer friends, I made it to the end of my first draft with my sanity intact. (Not so sure about theirs…) As with any book, there was plenty of editing to be done, but when I finally stopped to take a breath, I realized something very important. I had fun. So. Much. Fun! In fact, writing Gamer Girl was such a blast, I think I may have to jump on the fiction train a few more times. I can’t wait to see what I come up with next! 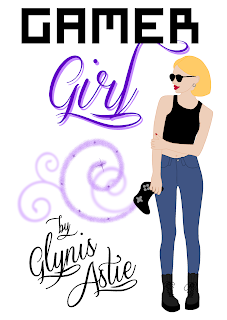 SUMMARY
Struck by tragedy at an early age, Meri Palmer escaped into the only world she understood. Within the virtual realm of online gaming, she lived a life filled with mythical creatures and thrilling adventures, where she was strong, powerful, clever, and beautiful—everything she believed she wasn't in real life. As the years went by, her desire to cling to her cherished fantasyland only grew stronger.
But when Meri meets Morgan, equal parts gorgeous and goofball, she begins to wonder if the time has finally come to rejoin the so-called real world. Channeling the bravery of her fairy warrior alter ego, Meri slowly lets Morgan beyond the protective walls she’s built around her heart. Just as she finds a comfortable groove in an uncertain world, Morgan succumbs to insecurities of his own, leaving her lost and confused. Through her battle to regain her equilibrium, Meri will discover that even in reality, things aren’t always what they seem.
Will Meri win the battle raging in her heart and summon the will to rescue her knight in shining armor? Or will she give in to the fear and find her game over?

ABOUT THE AUTHOR
Glynis never expected in her wildest dreams to be a writer. After thirteen years in the Human Resources Industry, she decided to stay at home with her two amazing sons. Ever in search of a project, she was inspired to write the story of how, in only six short months, she met and married her wonderfully romantic French husband, Sebastien. The end result became her first novel, French Twist. As this was just the beginning of their epic love story, Glynis continued to chronicle their adventures in the sequel, French Toast, and the final installment in the series, French Fry. After she finished milking her life story for all it was worth, she decided to write straight-up fiction with Gamer Girl, which infuses her beloved chick lit with a hint of fantasy.
When Glynis is not writing, she is trying to keep the peace amongst the three men and two cats in her life, finding missing body parts (Lego pieces are small!), supervising a myriad of homework assignments and keeping a tenuous hold on her sanity by consuming whatever chocolate is in the vicinity.