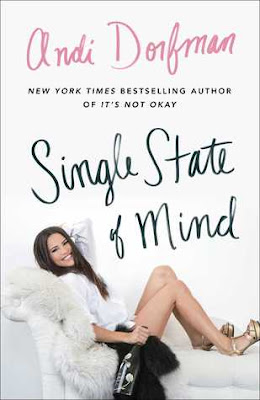 Andi Dorfman, breakout star of ABC’s The Bachelorette and New York Times bestselling author of It’s Not Okay, returns with this new collection of her adventures as a still-single gal surviving and thriving in New York City.

Sharing moments like finding her first New York apartment (the front door broke so she had to use the fire escape), her first dates on “celebrity Tinder” and finally, watching her ex-fiancé propose to another woman on Bachelor in Paradise, Andi Dorfman doesn’t shy away from pulling back the curtain on the life of a reality star who’s returned to reality.

Dorfman’s supremely relatable personality has inspired incredible devotion from her fans, who follow her every move on social media. Filled with a mix of romantic mishaps, city adventures, and, of course, plenty of insider Bachelor details, Andi’s new book is Sex and the City for the reality TV generation.

My Thoughts
First of all, I love watching the Bachelor franchise (for the most part).  There are a few season's I've skipped but it's so addicting!  I feel I may invest a little too much time and emotion into what happens each and every week.
Now, one thing I have noticed is that the girls on the series do not get a fair shake in comparison to the guys.  They are both on their for the same reason, doing the same sort of things but yet the girls are looked like as sluts so to speak and the guys are looked at as princes.  What's with the double standard?
Which leads me to this book by Andi Dorfman.  Does she talk about guys she's hooked up with?  Yes.  Does she have fun with girlfriend's and go to bars?  Yes.  Now look at the reviews for this book - they slam her (women do) about sleeping around and getting drunk.  First of all guys do it all the time but it's rarely talked about and second they act like she does this all the time.  Come on now?
Lastly, this is a memoir about a reality tv celebrity, did you think it was going to be the next amazing novel of the century?  It's meant to be fun, document her story and make you laugh.  RELAX people!!!

Drink Selection
I would totally pair this book with a cosmopolitan!  Delish! 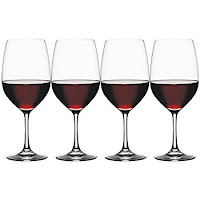