Blog Tour Stop: Excerpt from What Happens at the Beach by T.A. Williams 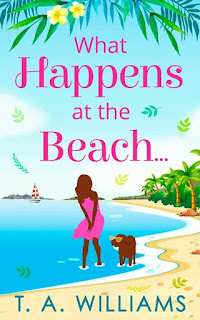 For the perfect summer romance…
It’s finally time for Natalie Dryden to decide what she really wants! After ditching her sparkling engagement ring, and her ghastly fiancé, she jets off for the sun-kissed shores of Southern France – the only place that has ever truly felt like home. For the first time ever, Natalie is determined to forget all about men and follow her dreams!
…head to the French coast!
Only, avoiding the male population isn’t quite so easy, especially when she meets smooth-talking Philippe and gorgeous fisherman, Remy! But then Natalie, quite literally, bumps into brooding millionaire Mark whilst swimming in the glittering azure-blue bay – and her life is turned upside-down.


Love might be off the cards for Natalie, yet suddenly she finds herself in her dream job and working with her dream man! But is it all too good to be true…?

The next day, she met a third handsome man. This time, he was a very different kettle of fish. Or, more precisely, a different basket of fish. As she sat at her usual table on the terrace after her morning swim, sipping her grand crème, he came up the steps from the beach with a basket of fish and shellfish for the kitchen. As he and Alain checked the contents of the basket and haggled over the price, Natalie let her eyes run over the fisherman.
He wasn’t as tall as Mark or as well-groomed as the man in the polo shirt, but he made up for his lack of height and refinement with his muscular build. His forearms were powerful, his leg muscles well-formed and his chest statuesque. He was wearing a battered old T-shirt that had once advertised Spanish beer. It had faded from its original red colour to a rusty brown and it was peppered with holes, some of them, Natalie noticed naughtily, affording tantalising glimpses of his suntanned body beneath. His shorts had probably started life as jeans and had been chopped off high on the leg, leaving frayed threads hanging across his powerful thigh muscles. His feet were bare and his wild mop of jet-black hair hung down to his shoulders. His face was weather-beaten and tough. As the complete antithesis of David or the man in the polo shirt, he fitted the bill to perfection.
When she had finished her coffee, she took the cup back into the kitchen and put it in the dishwasher. Alain had already started on the fish. He was standing at the sink with a sharp knife, removing the beak from a big octopus under a stream of cold water. Natalie went over to watch the process and, casually, enquired about the fisherman. She needn’t have bothered to dissimulate; Alain really didn’t miss much.
‘Well, well, well, so you’re in love with Rémy as well.’ He looked up as Natalie did her unsuccessful best not to blush. ‘You’ll have to join the queue. Every time Laure sees him she goes weak at the knees. He’s been fishing these waters since he was a little boy. He and I went to school together and just about every girl in the school had a crush on him. He was never interested in studying, but what he didn’t know about spear-fishing or teenage girls wouldn’t cover the back of a postcard. You’ll see quite a bit of him if you keep coming here at this time of the morning. He’s got a boat round at Banyuls, but every August he comes over here for the spear-fishing. Have you seen this beauty?’ He flicked off the tap with his elbow, lifted the octopus out of the sink and laid it on a chopping board, the tentacles so long they hung down over the edge. ‘Half an hour ago this fellow was swimming around. You don’t get them much fresher than that.’ 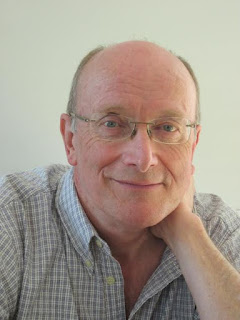 Author Biography
Firstly, my name isn't T A. It's Trevor. I write under the androgynous name T A Williams because 65% of books are read by women. In my first book, "Dirty Minds" one of the (female) characters suggests the imbalance is due to the fact that men spend too much time getting drunk and watching football. I couldn't possibly comment. Ask my wife...
I've written all sorts: thrillers, historical novels, short stories and now I'm enjoying myself hugely writing humour and romance. Romantic comedies are what we all need from time to time. Life isn’t always very fair. It isn’t always a lot of fun, but when it is, we need to embrace it. If my books can put a smile on your face and maybe give your heartstrings a tug, then I know I’ve done my job.
I‘ve lived all over Europe, but now I live in a little village in sleepy Devon, tucked away in south west England. I love the place. That’s why you’ll find leafy lanes and thatched cottages in most of my books. Oh, yes, and a black Labrador.
I've been writing since I was 14 and that is half a century ago. However, underneath this bald, wrinkly exterior, there beats the heart of a youngster. My wife is convinced I will never grow up. I hope she's right. 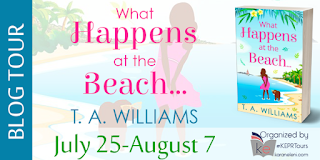