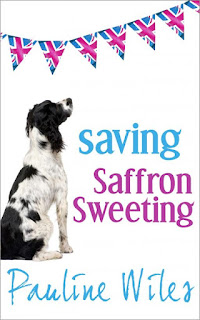 Later, after we’d microwaved a Tesco’s lasagne and I had unwisely downed my share of a bottle from Harry’s wine collection, I asked for a map. This sparked a hunt down the sides of the bookcases, during which we found a baby rattle and a dusty relic that had started life as a sock. Eventually, we unearthed an out-of-date road atlas. It seemed the straight line from my parent’s home to Ealing ran just east of Cambridge.
‘There you go.’ Jem stabbed an unsteady finger at the page. ‘That’s halfway. Go and lick your wounds there.’
‘Where?’ I hoped it was only jet lag that was making the map so fuzzy.
‘I dunno, it’s upside down. Under my finger.’ We had clearly overdone the Pinot Noir as both of us were struggling with the small font.
‘Saffron Sheeping?’ I asked.
I wasn’t sure I wanted a load of smelly sheep in my scenic Jane Austen fields. But the area around Cambridge was worth considering: we’d lived in the city when I was young and I remembered it was pleasant enough. Presumably, it was also less costly for visitors than the picture-perfect Cotswolds.
‘No, wait, it’s Saffron Sleeping.’ She peered at it and I’m sure her eyes crossed slightly.
‘That sounds better. Maybe if I sleep for long enough, I’ll wake up and find this is all a horrible dream.’
‘Yeah,’ she agreed. ‘And I can bring Seb up there to visit. He might learn how to go through the night without terrorising me every three hours. We should Google it, see what it’s like.’
We failed completely to find Saffron Sleeping on the internet and I assumed that was the end of the idea. Jem, however, consulted the map again, which took a couple of minutes as she still had it the wrong way up and began her quest in Cornwall. ‘Hah!’ she announced. ‘It’s not Sleeping, it’s Sweeting!’
‘What?’ I was digging through my suitcase, wondering if my frenzied packing had included anything that could pass as pyjamas. It was a good job Harry was away, as it seemed I might have to sleep in an Alcatraz T-shirt and my knickers.
‘We had it wrong, it’s Saffron Sweeting. Well, that’s an excellent omen,’ she declared.
One thing I find amusing about Jem is her belief in omens, horoscopes and reading tea leaves. ‘It is?’ I yawned back, starting to arrange pillows on the sofa.
‘Grace, it’s perfect! It’s a village named after sugar. Definitely give it a try. After all,’ she beamed at me, ‘how bad can it be?’ 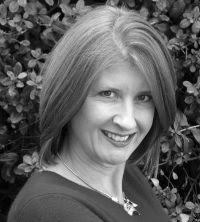 ABOUT PAULINE
British by birth, Pauline Wiles is now a contented resident of California, although she admits to occasional yearnings for afternoon tea and historic homes.
Her debut novel, Saving Saffron Sweeting, reached the quarter final of the Amazon Breakthrough Novel Award and was a number one Kindle Best Seller. Pauline’s other work has been published by House of Fifty, Smitten by Britain and Alfie Dog Fiction.
When not writing, Pauline can be found getting the steps wrong in a Zumba class or calculating how many miles she has to run to justify an extra piece of cake. Her ambition is to sell enough books to cover the cost of flying herself and a reader to London for tea.
FOLLOW PAULINE
Website: www.paulinewiles.comPurchase Saving Saffron Sweeting: http://mybook.to/sweetingFacebook:  https://www.facebook.com/scribinglimeyTwitter: https://twitter.com/paulinewiles
GIVEAWAY
a Rafflecopter giveaway
Posted by Unknown at 4:00 AM