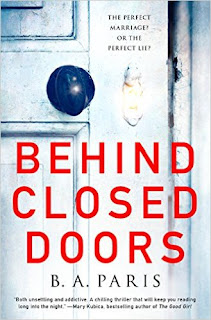 
The champagne bottle knocks against the marble kitchen counter, making me jump. I glance at Jack, hoping he won’t have noticed how nervous I am. He catches me looking and smiles.

Taking my hand, he leads me to where our guests are waiting. As we go through the hall, I see the flowering lily Diane and Adam brought us for our garden. It’s such a beautiful pink that I hope Jack will plant it where I’ll be able to see it from the bedroom window. Just thinking of the garden makes tears well up from deep inside me and I swallow them down quickly. With so much at stake tonight, I need to concentrate on the here and now.

In the sitting room, a fire burns steadily in the antique grate. We’re well into March but there’s still a nip in the air and Jack likes our guests to be as comfortable as possible.

‘Your house is really something, Jack,’ Rufus says admiringly. ‘Don’t you think so, Esther?’

I don’t know Rufus or Esther. They are new to the area and tonight is the first time we’ve met, which makes me feel more nervous than I already am. But I can’t afford to let Jack down, so I fix a smile on my face, praying that they’ll like me. Esther doesn’t smile back, so I guess she’s reserving judgement. But I can’t blame her. Since joining our circle of friends a month ago, I’m sure she’s been told over and over again that Grace Angel, wife of brilliant lawyer Jack Angel, is a perfect example of a woman who has it all—the perfect house, the perfect husband, the perfect life. If I were Esther, I’d be wary of me too.

My eyes fall on the box of expensive chocolates she has just taken out of her bag and I feel a flicker of excitement. Not wanting her to give them to Jack, I move smoothly towards her and she instinctively holds them out to me.

‘Thank you, they look wonderful,’ I say gratefully, placing them on the coffee table so that I can open them later, when we serve coffee.

Esther intrigues me. She’s the complete opposite of Diane—tall, blonde, slim, reserved—and I can’t help respecting her for being the first person to step into our house and not go on about how beautiful it is. Jack insisted on choosing the house himself, telling me it was to be my wedding present, so I saw it for the first time when we came back from our honeymoon. Even though he’d told me it was perfect for us I didn’t fully realise what he meant until I saw it. Set in large grounds at the far end of the village, it gives Jack the privacy he craves, as well as the privilege of owning the most beautiful house in Spring Eaton. And the most secure. There is a complicated alarm system, with steel shutters to protect the windows on the ground floor. It must seem strange that these are often kept shut during the day, but as Jack tells anyone who asks, with a job like his, good security is one of his priorities.

We have a lot of paintings on the walls of our sitting room but people are usually drawn towards the large red canvas that hangs above the fireplace. Diane and Adam, who have already seen it, can’t help going over to have another look, and Rufus joins them, while Esther sits down on one of the cream leather sofas.

‘It’s amazing,’ Rufus says, looking in fascination at the hundreds of tiny markings that make up most of the painting.

‘It’s called Fireflies,’ Jack offers, untwisting the wire from the bottle of champagne.

‘Grace painted it,’ Diane tells him. ‘Can you believe it?’

‘You should see Grace’s other paintings.’ Jack eases the cork from the bottle with only the slightest of sounds. ‘They really are quite something.’

Rufus looks around the room with interest. ‘Are they here?’

‘No, I’m afraid they’re hanging elsewhere in the house.’

‘For Jack’s eyes only,’ Adam jokes.

‘And Grace’s. Isn’t that right, darling?’ Jack says, smiling over at me. ‘For our eyes only.’

‘Yes, they are,’ I agree, turning my head away.

We join Esther on the sofa and Diane exclaims in pleasure as Jack pours the champagne into tall glasses. She looks across at me.

‘Are you feeling better now?’ she asks. ‘Grace couldn’t make lunch with me yesterday because she was ill,’ she explains, turning to Esther.

‘It was only a migraine,’ I protest.

‘Unfortunately, Grace is prone to them.’ Jack looks over at me sympathetically. ‘But they never last long, thank goodness.’

‘It’s the second time you’ve stood me up,’ Diane points out.

‘Well, at least you didn’t just forget this time,’ she teases. ‘Why don’t we meet up next Friday to make up for it? Would you be free, Grace? No dental appointments for you to suddenly remember at the last minute?’

‘No, and no migraines either, I hope.’

Diane turns to Esther. ‘Would you like to join us? It would have to be at a restaurant in town because I work.’

‘Thank you, I’d like that.’ She glances over at me, maybe to check that I don’t mind her coming along and, as I smile back at her, I feel horribly guilty, because I already know I won’t be going.

Calling everyone to attention, Jack offers a toast to Esther and Rufus, welcoming them to the area. I raise my glass and take a sip of champagne. The bubbles dance in my mouth and I feel a sudden flash of happiness, which I try to hang on to. But it disappears as quickly as it came.

I look over to where Jack is talking animatedly to Rufus. He and Adam met Rufus at the golf club a couple of weeks ago and invited him to join them in a game. On finding Rufus to be an excellent golfer, but not quite excellent enough to beat him, Jack invited him and Esther around for dinner. Watching them together, it’s obvious that Jack is out to impress Rufus, which means it’s important I win Esther round. But it won’t be easy; whereas Diane is simply admiring, Esther seems more complicated.

Excusing myself, I go through to the kitchen to fetch the canapés I made earlier, and to put the last touches to the dinner. Etiquette—Jack is pedantic about it—means I can’t be gone for long, so I quickly whisk the egg whites that are waiting in a bowl into peaks, and add them to the soufflé base I made earlier.

As I spoon the mixture into individual dishes, I glance nervously at the clock, then put the dishes into a bain-marie and place it in the oven, noting the exact time. I feel a momentary wave of panic that I might not be able to pull everything off, but reminding myself that fear is my enemy I try to remain calm and return to the sitting room with the tray of canapés. I pass them around, accepting everybody’s compliments gratefully, because Jack will have heard them too. Sure enough, with a kiss to the top of my head, he agrees with Diane that I am indeed a superb cook, and I breathe a silent sigh of relief.

Determined to make some headway with Esther, I sit down next to her. Seeing this, Jack relieves me of the canapés.

‘You deserve a rest, darling, after all the hard work you’ve done today,’ he says, balancing the tray on his long elegant fingers.

‘It wasn’t hard work at all,’ I protest, which is a lie, and Jack knows it, because he chose the menu.

I begin to ask Esther all the right questions: if she has settled into the area, if she was sorry to leave Kent behind, if her two children have settled into their new school. For some reason, the fact that I am well informed seems to irk her, so I make a point of asking the names of her son and daughter, even though I know they are called Sebastian and Aisling. I even know their ages, seven and five, but I pretend that I don’t. Aware of Jack listening to my every word, I know he’ll wonder what I’m playing at. 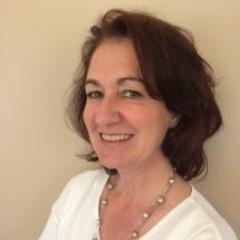 About the Author
B.A. PARIS grew up in England but has spent most of her adult life in France. She has worked both in finance and as a teacher and has five daughters. Behind Closed Doors is her first novel.

Giveaway
a Rafflecopter giveaway
Posted by Unknown at 4:00 AM