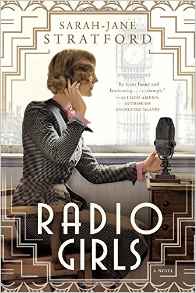 Radio Girls is about a lot of things – women in the workplace, the immense societal changes seen between the wars, women’s friendships, and the growth of a new technology and the discoveries of its capacity, among others. I was inspired to write the book because of Hilda Matheson – the real-life first Director of Talks for the BBC. I’ve always been fascinated by women who were outliers, fearless women who seized an opportunity and ended up changing history. So as soon as I came across Hilda’s name and learned that she was the first Director of Talks at the BBC, back in its infancy in the 1920s, I knew I was going to write about her.


It’s a story about characters, but it’s also about technology – the rise of something utterly new and with an unheard-of reach. In my research and planning, it was fascinating to note the parallels with the rise of the Internet and alternate sources of information. I also enjoyed noting that both I and my protagonist, the fictional secretary Maisie, made so much use of libraries to further the story – these being the original stores of information. Maisie and I are both traditionalists, after a fashion.


All book lovers have a story about their experience in libraries. There is something magical for a reader, stepping into that room full of books and feeling the world at your fingers – so much to read, and all free to borrow.


This was especially exhilarating for a young woman like Maisie, who, as a child, received no formal education and was raised in poverty. She explains later in the book that she was instead educated by libraries – that these were her refuge and joy. They opened her world, and once she’s working at the BBC, they continue to help her as she grows interested in trying new things and discovers just how much she’s capable of.


Librarians are, in effect, gatekeepers of knowledge. I think of the librarians in the world of Radio Girls as being very like Hilda, the Director of Talks, in that they both want their audience to have access to as much information as they can – as well as a bounty of literature and poetry. One of the historical details that charmed me deeply when researching was that librarians reported an enormous rise in circulation as Talks took off and featured regular book reviews and poetry broadcasts. More than that, patrons were interested in creating reading groups – something nearly unheard of in a lot of the country, where schooling was little more than rudimentary. This indicated to Hilda that all her instincts for broadcasting were correct, and inspiring listeners to go forth and expand their horizons. Librarians loved it, but there were those in society who worried that “ordinary” people doing so much reading and talking and thinking might give them ideas “above their station” and thus disrupt the traditional societal order.


For some people, nothing is scarier than an informed and engaged population.


It seemed no coincidence that early in the 1930s, the BBC was directed to be more conservative in its broadcasting and this affected the communal engagement with local libraries. I couldn't help wondering all while I was writing the book what might have happened if instead the BBC had continued to be the liberal and inventive force that made it so popular in the 1920s. It’s hard to not want to time travel and do some experimenting. (but not in a Bran Stark sort of way, I think)


Libraries, though shamefully being forced to struggle for survival, continue to evolve and remain one of our best collectives for information and connection. Not unlike how some people describe the Internet. Hilda Matheson would no doubt enjoy that. And she’d use every broadcast she could to push for an increase in funding, too. Google is great, but when it comes to research, I’m certainly still a traditionalist at heart. 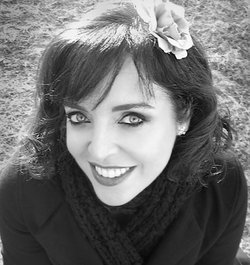 Sarah-Jane Stratford is an author and essayist whose work has appeared in Marie-Claire, The Guardian, The Boston Globe, Los Angeles Review of Books, Bitch, Bustle, Slate, Salon, BOMB, and Guernica, among others. Her latest novel is RADIO GIRLS, available now. She lives in New York City. Visit her online at: sarahjanestratford.com; www.facebook.com/SarahJaneStratfordAuthor; and Twitter: @stratfordsj