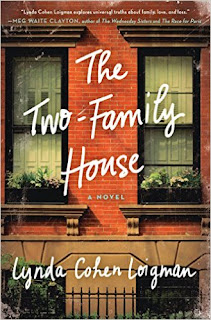 Brooklyn, 1947: in the midst of a blizzard, in a two-family brownstone, two babies are born, minutes apart. The mothers are sisters by marriage with an impenetrable bond forged before and during that dramatic night. When the storm passes, everyone seems to have gotten what they wanted, but the truth is not that simple. The consequences of that night, of one misguided choice, shape the course of the families – friendships unravel, marriages change and even the sacred bonds between mothers and children are tested. No one knows why, and no one can stop it, but everyone’s lives have been shaped by that evening.
From debut novelist Lynda Cohen Loigman comes The Two-Family House, a moving family saga filled with heart, longing, love, and mystery.

Excerpt
From the minute Rose got out of bed that morning, she felt changed, lighter somehow. Mort had gotten up early to go to Philadelphia with Abe, and the whole day lay ahead of her, unencumbered. Once the children were off to school, she wasn’t sure what to do with herself. Mort was always gone by this time of the morning, so the day shouldn’t have felt any different from any other. But it did.
The first thing she realized was that she didn’t have to make pot roast for dinner. It was Wednesday, and Wednesday night was pot roast night, at least according to Mort. If something else was served, or if she made pot roast on a Saturday instead, Mort would be visibly disappointed.  His absence freed her of this restriction.
It came to her then, pot roast and enlightenment entwined: the reason why Mort’s absence affected her so.  She hadn’t known what it was until it wasn’t there. The daily dread of being judged, of being measured and found lacking in some way, no matter how small, was a burden she carried, compact and profound.  It was a too-heavy purse, worn and comfortable on her shoulder, which she did not know the weight of until she set it down. 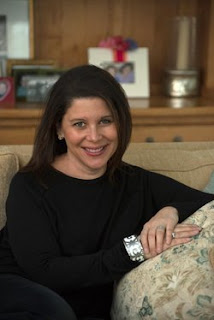 Get to know Lynda


Lynda Cohen Loigman grew up in Longmeadow, MA. She received a B.A. in English and American Literature from Harvard College and a J.D. from Columbia Law School. She is now a student of the Writing Institute at Sarah Lawrence College, and lives with her husband and two children in New York.


Giveaway
a Rafflecopter giveaway
Posted by Unknown at 4:00 AM