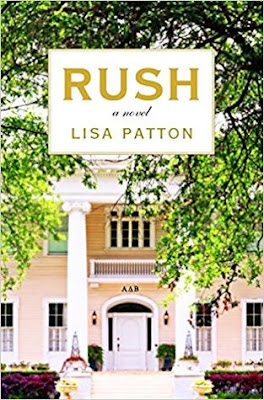 When Lilith Whitmore, the well-heeled House Corp President of Alpha Delta Beta, one of the premiere sororities on campus, appoints recent empty-nester Wilda to the Rush Advisory Board, Wilda can hardly believe her luck. What’s more, Lilith suggests their daughters, both incoming freshman, room together. What Wilda doesn’t know is that it's all part of Lilith’s plan to ensure her own daughter receives an Alpha Delt bid—no matter what.

Cali Watkins possesses all the qualities sororities are looking for in a potential new member. She’s kind and intelligent, makes friends easily, even plans to someday run for governor. But her resume lacks a vital ingredient. Pedigree. Without family money Cali's chances of sorority membership are already thin, but she has an even bigger problem. If anyone discovers the dark family secrets she's hiding, she’ll be dropped from Rush in an instant.

For twenty-five years, Miss Pearl—as her “babies” like to call her—has been housekeeper and a second mother to the Alpha Delt girls, even though it reminds her of a painful part of her past she’ll never forget. When an opportunity for promotion arises, it seems a natural fit. But Lilith Whitmore slams her Prada heel down fast, crushing Miss Pearl’s hopes of a better future. When Wilda and the girls find out, they devise a plan destined to change Alpha Delta Beta—and maybe the entire Greek system—forever.

My Thoughts
Let me begin by saying that Lisa Patton is the quintessential southern lit writer, I have loved her since her series, Dixie.  I love the way in which she writes, the character development she creates and the way in which she gets the reader involved.  You might asked what do you mean involved?  Well for example, last night I came to a part in the story that I was so unhappy about (I don't want to give away details, sorry!) but I could feel how invested I was in the story and I LOVE that!
On to RUSH, I have always wondered what I missed by not rushing when I was in college.  Now I know this book is fiction, but I have heard similar stories from friends and its been the same if not worse!  I know some say it's totally worth it, but I'm happy that didn't turn out to be a life style for me.  Too crazy...
Without giving much away, the story takes you through a typical rush period at a major university in the south, Ole Miss.  You experience the lack of sleep, rushing to meetings and still not missing classes and the emotional turmoil these girls experience.  But on the other side, you meet the workers in the sorority house - the cleaning staff, the cooks, etc.  You will learn about the way in which they are treated (racial discrimination, poor employment standards) and how above all else they still love and nurture the girls as their own.
It's an amazing story and I didn't want it to end!! 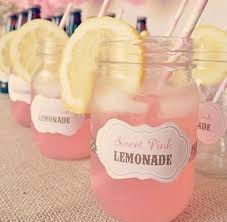 Drink Selection
I took to Pinterest for this one, Sweet Pink Lemonade with a touch of vodka, delish! 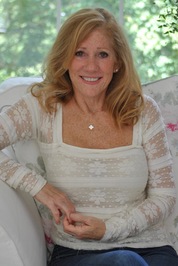 Lisa Patton, author of Whistlin' Dixie in a Nor'easter, Yankee Doodle Dixie, Southern as a Second Language, and Rush, is a Memphis, Tennessee native who spent time as a Vermont innkeeper until three sub-zero winters sent her speeding back down South. She has over 20 years experience working in the music and entertainment business, and is a graduate of the University of Alabama. She lives in Nashville, Tennessee with her husband and Rosie the perfect Havanese.