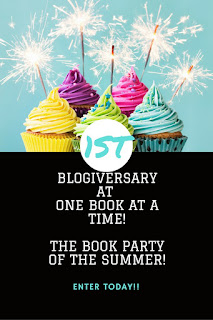 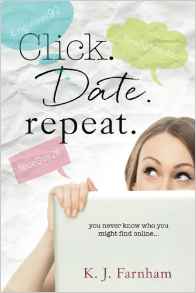 These days, finding love online is as commonplace as ordering that coveted sweater. But back in 2003, the whole concept of internet dating was still quite new, with a stigma attached to it that meant those who were willing to test the waters faced a fair amount of skepticism from friends and family.
Such is the case for Chloe Thompson, a restless 20-something tired of the typical dating scene and curious about what she might find inside her parents’ computer. With two serious but failed relationships behind her, Chloe isn’t even entirely sure what she’s looking for. She just knows that whatever it is, she wants to find it.
Based loosely on author K. J. Farnham’s real-life online dating experiences, Chloe’s foray into online dating involves a head-first dive into a world of matches, ice breakers and the occasional offer of dick pics, all while Chloe strives to shake herself of the ex who just refuses to disappear. Will she simultaneously find herself and “the one” online, or will the ever-growing pile of humorous and downright disastrous dates only prove her friends and family right? There’s only one way to find out…
Click. Date. Repeat.

“I can’t believe you’re finally going on a date.” Even through the phone lines, I know my friend Jess is rolling her eyes. I can feel it in her tone.
The phone is cradled against my right shoulder as I scrutinize myself in the mirror. “I know. I think it’ll end up being worth the wait though. This guy seems pretty perfect.” I hope some of my enthusiasm rubs off on her.
So far, online dating seems like a good fit for me. It’s easy to find guys who have all of the attributes I am looking for, and I can prevent wasting time on the rest. Like everything else in my life, I am trying to make the whole process as efficient as possible. If I sift through my matches carefully enough, I am sure to find someone worthwhile. Right? That’s what I keep telling myself anyway. Jess thinks I’m wasting my time. If it were up to her, I would still be searching for someone in a bar where, let’s face it, prospects are slim. I have seen them all: too old, too drunk, too full of themselves, too eager, or already in a relationship. The list goes on. Heck, some don’t even hide the fact that they have a wife or girlfriend.
“So, where are you meeting him? And which one is it? The dark and handsome one or the guy with no photo?”
“It’s Scott. The dark and handsome one.”
Seeing his photo for the first time brought a smile to my face. It was the day I created my account. Such a handsome face on my list of potential matches prompted me to spend nearly two hours learning how to use the Yahoo Personals site when my only intention initially had been to browse through a few profiles. It seemed urgent to send Scott a message that day though, just in case his profile was not on my list the next time I logged in. I had no idea how these things worked, after all. For all I knew, he could be matched up with someone else and stolen away from my list of possibilities before I even got the chance to say “hi.”
Unfortunately, every time I typed a line or two, the words just felt wrong. How are you supposed to start a conversation like this, I wondered. It all felt so foreign to me, and over and over I kept typing the sentences only to delete them. I finally decided to send an icebreaker, the Yahoo Personals equivalent of sending over a drink at the bar. It was a way to let him know I liked his profile without having to think of something to say. I convinced myself there was far less pressure to this option, and that if he looked at my profile and decided he wasn’t interested, at least knowing I had not painstakingly bared my soul via e-mail would soften the blow of rejection.
I check out my backside in the mirror. “We’re meeting at Applebee’s.” I close my eyes and brace myself for Jess’s response.
“Applebee’s? Why? You hate Applebee’s!” she says.
“I know, but it’s an equal distance for both of us.” I don’t want to tell her that Scott sounded pretty adamant about meeting at Applebee’s. In fact, he mentioned something about loving Applebee’s. Even though my stomach turned when he suggested it, I didn’t want to come across as pushy by suggesting somewhere else.
“Who suggested it?” She is not going to let it go.
I pause for a second and consider lying to her. “He did.”
She laughs. “So you’ve waited this long to go on your first date, and the guy you’re meeting up with picks Applebee’s? Sounds like a sign to me.”
Uneasiness settles in the pit of my stomach. Maybe it is a sign. Or maybe Jess is just getting into my head. I am a little bit pissed at her for not being more supportive. Who cares if he likes Applebee’s? He has a good job, makes a decent amount of money, has a sense of humor, and he is really attractive. I never say anything about that controlling, weaselly, coke-sniffing, car-salesman boyfriend of hers. I take a deep breath. “Whatever, Jess.”
“Honestly, Chloe, I still don’t get why you’re spending money to meet people online when there are more than enough guys to choose from at nearly every corner bar. Remember Lily, my redheaded coworker? She said her sister tried online dating and every guy she met was a total weirdo. Think about it. There’s something fishy about a guy who sits at home on his computer looking for women.” She laughs.
“Well, I sit at home on a computer looking for men, and I’m not a weirdo.” Jess doesn’t respond. “Hello?”
“Oh. Sorry. I was pondering what you just said.” I envision her smirk, and for a split second, I wonder why we are even friends.
“Very funny. Not everyone who attempts online dating is weird. That’s like saying that everyone on the prowl in a bar is normal. If Internet dating sites were full of crazies, there’s no way they would stay in business. Online dating is new to us, but Yahoo Personals has been around since like 1998. C’mon Jess. It’s 2003. It must be a successful way to meet people if it’s still around. And there are other sites too like eHarmony and Match.com. eHarmony even advertises on TV.”
“I don’t know, Chloe. It still seems bizarre to me. Tell you what—when I see a ring on your finger, I’ll change my tune. In the meantime though, please try not to go out with any axe murderers.” 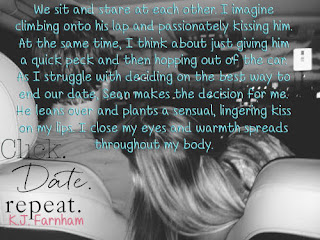 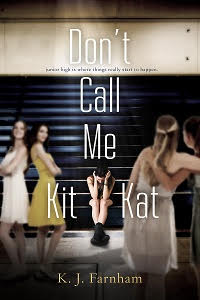 Junior high is where things really start to happen. Cliques form and break apart. Couples are made and destroyed. And a reputation is solidified that you won’t ever be able to escape. Everything you do and say, and everyone you spend your time with, matters.
Katie Mills knows that. She gets it. That’s why she tried so hard to get in with the cool girls at school. And why she was so devastated when those efforts found her detained for shoplifting and laughed out of cheer squad tryouts.
But Katie has more to worry about than just fitting in. Her parents are divorced and always fighting. Her sister never has time for her. And her friends all seem to be drifting apart. Even worse? The boy she has a crush on is dating the mean girl at school.
Everything is a mess, and Katie doesn’t feel like she has control over any of it. Certainly not over her weight, which has always topped out at slightly pudgier than normal—at least, according to her mother.
So when she happens to catch one of the popular girls throwing up in the bathroom one day, it sparks an idea. A match that quickly engulfs her life in flames.
Is there any going back once she gets started down this path?
And would she even want to if she could?

“Are you ready?”
I look down and scan my body as I debate Anica’s question. Sweat drips down the small of my back. I don’t know if the perspiration is a result of the three layers of clothing I am wearing, or because I’m nervous about getting caught.
“I think so,” I say, certain that she can sense the fear in my voice. But I really don’t care if Anica knows how scared I am because I’m pretty sure we are actually friends. I worry more that she might tell her other friends—the ones whose parents make more money in one year than my mom and stepdad have made in the past five. It is that money that allows them to live in the upscale Orchard Hills neighborhood. They are the friends who shoplift just for fun. They are the cool girls—the ones I secretly wish I could be friends with, the ones I want to look and dress like.
She tilts her head slightly and whispers, “Katie, are you scared?” When I don’t answer, she drops her Forever 21 bag, which contains mostly stolen items, and begins to lift the large sweater swallowing her petite frame. “Let’s just forget it then. If you look all nervous, we’ll get caught for sure.”
For a second, I am relieved because she is offering a get-out-of-jail-free card. But during the other half of that second, I picture Amy Bowie—the most envied soon-to-be eighth grade girl at Frank Lloyd Wright Middle School—decked out from head to toe in name brands that my mother and stepfather would never be able to afford. I want to do this. I need these new clothes. Plus, Anica and the other Orchard Hills girls have done it a million times and never been caught. “No. Wait. I’m fine.” I take a deep breath and unlatch the dressing room door. “Let’s go.”
It’s not like this is the first time I’ve ever shoplifted. When I was eight, I lifted a Heath bar from Snyder’s Drug Store. While my mother waited at the pharmacy for her allergy pills, I poked around in the candy aisle. I knew she wouldn’t buy the candy for me, mostly because she was always nagging me for being “a little chubby.” She had warned me that I wouldn’t be able to fit into any of the hand-me-down clothes from the neighbor girl if I didn’t slim down. Then I wouldn’t have any “new” clothes for the school year that was beginning in a few weeks. I actually pocketed the candy bar more out of spite than a desire to eat it. Two years later, I went on to steal nail polish from the same drug store. As I removed the small glass bottle from inside the waistband of my jean shorts, it slipped from my grasp and shattered on the sidewalk outside my house. My eyes welled up with tears as I looked down at my brand new flip-flops, which had been splattered with the pretty, pastel purple polish. I figured the accident was God’s way of punishing me for stealing. And now, as Anica and I exit the Macy’s dressing room, I wonder how I will be punished for walking off with layers of stolen merchandise.