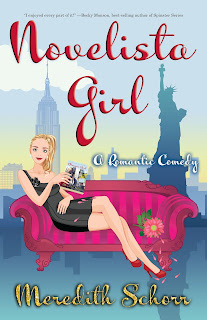 SUMMARY
Kim runs the most popular chick lit book blog on the web, loves playing house with her sexy lawyer boyfriend, Nicholas, and is finally pursuing her lifelong dream to become a published author. At first glance, her life is five-pink-champagne-flutes worthy.

After hearing the phrase “chick lit is dead” more times than she’s read Bridget Jones's Diary, Kim is driven to desperate measures, seeking advice from up-and-coming chick lit author, Hannah Marshak, her high school nemesis and resident “mean girl.” As if Kim doesn't have enough on her plate balancing her secretarial duties with her blog Pastel Is the New Black, shrugging off the growing pile of agent rejections, and keeping her best friend from turning green over Kim’s budding friendship with Hannah, Nicholas is so blinded by his career ambitions, he doesn't see that their home sweet home could use more than a dash of sugar.

This is the year when all of Kim's dreams—professional and romantic—are supposed to come true, but will the story have a happily ever after, or will Kim end up unpublished and all alone?

Thank you for your interest in Knox Literary. While I found the premise of A Blogger’s Life interesting, I’m afraid I wasn’t sufficiently intrigued to ask for more at this time. Because this business is so subjective, and opinions vary widely, we encourage you to query other agents.

After all, it only takes one.

Best of luck on your journey to publication.

“Can I tell you how much I hate the commute downtown from here?” Nicholas asked later that night. He was sitting on the edge of my queen-sized bed and stood up to pull his jeans over his hips.
I gazed at his lean but muscular chest and reached forward to run my pointer finger up and down the happy trail of dark hair that extended from his belly to the button of his jeans. “Why don’t you stay over?” I might have been preoccupied with catching up on my blog a few hours ago, but now I just wanted more Nicholas.
“I don’t have work clothes here, so I can either go home now or stay and stop at my place before work first thing tomorrow.” Crinkling his nose, he added, “But the thought of getting up extra early to go downtown just to go back to midtown is not at all appealing.” He leaned down to plant a soft kiss on my lips. “Sorry, Kimmie.”
I reclined against my headboard and sighed. “I suppose I’ll do some reading. The exciting life of a book blogger.”
Nicholas narrowed his eyes at me. “You love reading.”
“Not as much as I love …” You. Not as much as I love you! “Spending the entire night with you.”
“Then why don’t you move in with me?”
I sat upright. “Wha-what?” My heart was beating rapidly, and I wasn’t sure if it was due to excitement about possibly cohabitating with Nicholas or terror at possibly cohabitating with Nicholas. What would my parents say? I was almost thirty, and my younger sister was already married. They wouldn’t say anything.
His brown eyes probing mine, Nicholas said, “Just think about it, Kimmie. We spend several nights a week at each other’s apartment anyway, and mine is more spacious. Why pay the extra rent?”
I gaped at him, still in a semi state of shock. “Isn’t it too soon?”
Nicholas shrugged and ran a hand through his short, dark hair. “Later this month will be six months we’ve been dating … would be longer if you weren’t such a stubborn brat.”
I opened my mouth to protest, but he put his finger to my lips and smiled. “Joking.”
Nicholas sat on the bed and kissed the top of my head. “I’ve been thinking about us moving in together for a while.”
“You have?” This was news to me, albeit good news.
Nicholas nodded. “Unless you’re not taking this relationship seriously.” With a straight face, he went on to repeat verbatim what I said to him after the first time we had sex. “I’m not interested in a fuck buddy or friends-with-benefits situation.” And yes, I’m aware I should have mentioned that before getting naked with him.
I jabbed his elbow with mine. “Okay, I’ll give it some thought.”
While Nicholas continued getting dressed, I began thinking out loud. “My lease is up next month, so the timing is good. It would be weird living so far away from Bridget, but since Jonathan moved into her apartment, I don’t see her as much, anyway. At least your place is close to the subway, and the Village is hipper than the Upper East Side with more coffee shops for me to write—”
Chuckling, Nicholas said, “You keep thinking about it, Kimmie.” He bent down and twirled a strand of my long, light brown hair around his finger. “I’ll text you when I get home.”
“Sounds good,” I said. As I followed him to my front door, I visualized his apartment, already mentally redecorating it with splashes of femininity. I wrapped my arms around his neck and stood on my tippy-toes to give him a real kiss good-bye. At four foot eleven, I was still significantly shorter than Nicholas, who was also somewhat vertically challenged (but hot) at five foot seven. “Get home safely.”
“I will, Kimmie Long.” He gazed into my eyes for a moment and then gave me a soft smile. “I love you.”
Before I could digest the magnitude of those three words—words we had yet to exchange in the entirety of our relationship—he turned his back on me and jogged down the two flights of stairs to the ground floor of my building, whistling to the tune of “Don’t It Make My Brown Eyes Blue.”
“I love you, too,” I whispered to the air before closing my front door and leaning against it with a huge smile on my face.
He loved me. I couldn’t wait to tell Bridget. 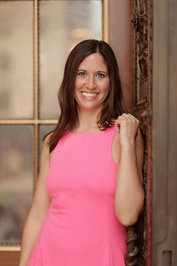 ABOUT THE AUTHOR
A born and bred New Yorker, Meredith Schorr discovered her passion for writing when she began to enjoy drafting work-related e-mails way more than she was probably supposed to. After trying her hand penning children’s stories and blogging her personal experiences, Meredith found her calling write chick lit and contemporary women’s fiction. She secures much inspiration from her day job as a hardworking trademark paralegal and her still-single status. Meredith is also the co-founder of Bookbuzz, a live author/reader event held annually. She is a loyal New York Yankees fan and an avid runner. Novelista Girl is Meredith’s fifth novel.