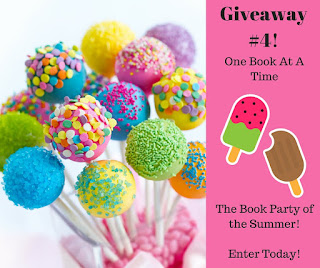 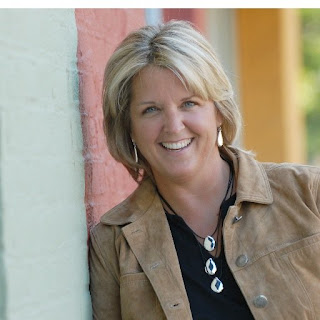 Hi Bethany and thank you so much for having me visit today!
You suggested I talk a little bit about my latest release, It’s Getting Hot in Heir, which is book seven (!!!—How did I get this many written already?!) of my It’s Reigning Men contemporary royal romance series.
This is the first series that I’ve written, and now that I’m this far into it I am realizing that I need to be a little more careful so that I don’t find myself writing myself into a corner…Which happened a handful of times with this book.
The hero/heroine of this book were in previous books—the hero, Edouardo, started out as a bit player in book two, Heir Today, Gone Tomorrow. He was a bit gruff, far too overprotective of his sister and family, maybe gruff to the point of surly. But the more I incorporated him into the backstory of other stories (I think he reared his ugly head, in a funny way, in Shame of Thrones), the more I wanted to figure him out. By the way, by the time I was writing this book, I wished I could have changed his name, though, because spelling Edouardo correctly realllllly got to be a pain ;-). 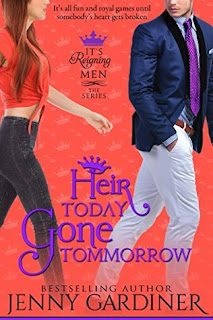 In my last book, Throne for a Loop, I introduced our heroine, Gabriella, as a secondary character who’d recently returned to Monaforte, the small European principality in which the books mostly take place. So I wasn’t too sure about what to do about Gabriella, either (in Throne for a Loop, I had her having some unfortunate experiences with the men in her life that led to some even more unfortunate stress eating, but that was about it). So I impulsively decided to throw those two together and see what happened. 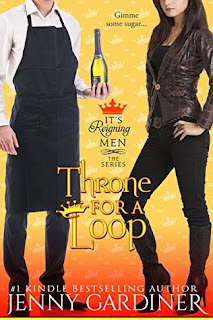 Well…did I mention Edouardo can be a bit of a crank? And really, he just had some issues he had to figure out, so I had to dig into his psyche a bit and try to help him get his act together a little bit. And in the process of that, find time for the two of them to develop a relationship, while enabling her to figure out her deal (we all have them, don’t we?! I’m still trying to figure out my deal LOL), and—and this was what really got me into murky water—having to coordinate it with events from previous books and then having characters from other books making little guest appearances and having to be sure I’ve got them doing the right things at the right time for the time frame that this book is in, also keeping in mind that I have some novellas I still want to write with some events like a royal wedding (or two!) and a royal baby (or two!) and not creating conflicting information about timing with those events.
Which meant book seven found me counting on my fingers a lot (figuring what year or month or season other things had occurred in so that I was sure I wasn’t messing that up). Alas, I’m really bad at counting, even on my fingers, so hopefully I didn’t blow it too conspicuously! And hopefully I don’t have too many Edouardo’s spelled wrong (sometimes I spelled him I think “Edouaordo” in an earlier book, but that was even harder to write). Plus I like the chance to “nickname” a name, and it was hard to do that with his name. I kind of did just for a joke at one point in the book, just because I knew it would make him mad.
But…it was sort of good therapy for me to have to deal with some additional computation along with those emotional problems with my story because it helped me garner a little more insight into the motivations of both of these characters, which I hoped I convey successfully in the telling of their story.
I did certainly learn, however, to start choosing easier names to type for future characters ;-).
Thanks again for having me visit!!! You’re always such a great supporter and I’m really grateful to you for it! 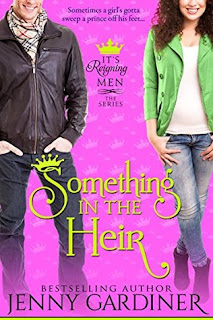 ABOUT THE AUTHOR
Jenny Gardiner is the author of #1 Kindle Bestseller Slim to None and the award-winning novel Sleeping with Ward Cleaver. Her latest works are the It’s Reigning Men series, featuring Something in the Heir; Heir Today Gone Tomorrow; Bad to the Throne; and the upcoming Love is in the Heir. She also published the memoir Winging It: A Memoir of Caring for a Vengeful Parrot Who's Determined to Kill Me, now re-titled Bite Me: a Parrot, a Family and a Whole Lot of Flesh Wounds; the novels Anywhere but Here (soon to be re-released); Where the Heart Is; the essay collection Naked Man on Main Street, and Accidentally on Purpose and Compromising Positions (writing as Erin Delany); and is a contributor to the humorous dog anthology I'm Not the Biggest Bitch in This Relationship. Her work has been found in Ladies Home Journal, the Washington Post and on NPR’s Day to Day. She has worked as a professional photographer, an orthodontic assistant (learning quite readily that she was not cut out for a career in polyester), a waitress (probably her highest-paying job), a TV reporter, a pre-obituary writer, as well as a publicist to a United States Senator (where she first learned to write fiction). She's photographed Prince Charles (and her assistant husband got him to chuckle!), Elizabeth Taylor, and the president of Uganda. She and her family now live a less exotic life in Virginia.