Blogiversary Guest Post: Why the blurb no longer does it for me by Bernadette Maycock, author of It Started with a Snub 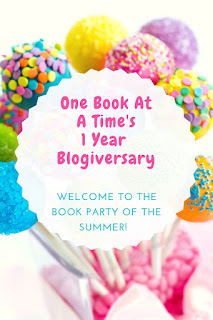 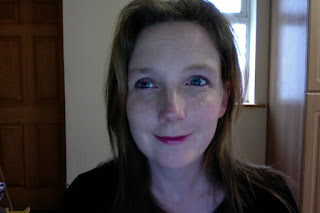 In most cases the choosing of a book is done, in the first instance, on the cover. See the cover, exclaim (yes, I do do that!), flick the book over, read the blurb. Or, if online, see the cover (exclaim;)), scroll down, read the blurb. There's a next step though. I have, numerous times, bought or clicked on the basis of the cover alone, or based on the title. Unfortunately not all the books are as they've been ‘advertised.’

A blurb might grab your attention in the way that the cover does, you see a word that jolts you, and so you think it’s definitely the one for you, however blurbs are not indicative of the authors writing, it may not even have been written by the author!

A huge issue can be the voice of the narrator. I have in the past opened up a book to realize straight off the bat that they're a person I wouldn’t, nay couldn’t 'listen' to for a whole story. It could be their language you don't like, and I don’t necessarily mean bad language or slang. Maybe it's too flowery for you, or conversely too harsh. Some people don’t like too much description, they don’t want in-depth coverage of the beauty of the surrounding mountains, or the spray of daffodils that are dancing in a gentle breeze. Conversely, this may be exactly what they want, and they don’t want to be bogged down in dialogue, or storyline. You may find the narrator to be too negative, too positive, too crude.

There’s a lightbulb moment that comes with the times you scroll down and realize that you like the way the narrator is leading you along, or you warm to the main character. Me? I jump straight out, and click ‘buy’, thrilled to have found ‘the one.’

So there you go. A quick flick through a paperback or my favorite, the ‘look inside’ option on Amazon, will do the job. The book may have you within the first few lines, or you may thank your lucky stars you didn’t buy. Either way, a bit of investigation will get you a book that will make  you want to sit down and shut out the world outside so  you can immerse yourself in your new book. Now off you go and enjoy x

ABOUT THE AUTHOR
When Bernadette Maycock (writing as B. R. Maycock) isn’t reminiscing about her times with Heather from ‘It Started With A Snub,’ (good times!), she participates in a closed Facebook group called Imagine, Write, Inspire (IWI). This is led by the award-winning author Carmel Harrington (Harper Fiction-Beyond Grace’s Rainbow, The Life You Left, Every Time a Bell Rings). She has contributed to their three publications, “All I want for Christmas,” “Stop Waiting For Friday” and “The Love Anthology; A collection of short stories."

She can also be found on her book review blog (https://brmaycock.wordpress.com/), reviewing books that are 'the lighter side of heavy TBR lists,' in particular chick lit (her first love!) and women's fiction or on Twitter, where she devours book blogs and writing articles. Bernadette is also a member of ChicklitChatHQ, another closed group that allows her to eat and breathe chick lit!

She lives in Co. Westmeath, Ireland with her brilliantly out there husband, Keith, and four amazing children- Paul, Conor, Aidan and Brian. 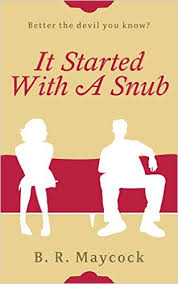 HEATHER GREEN is a fun loving, happy go lucky, twenty-six year old who has remained upright and beaming despite a few wobbles in life. She wears her heart on her sleeve and pins on her thoughts for good measure. We meet Heather as she moves out of her family home to share with four guys, much to the dismay of her long suffering (by his own admission!) boyfriend Graham. We follow her housemates and watch their sometimes funny, sometimes-fraught relationships as they go about their daily lives. Join Heather as she navigates the simple things in life, her inability to remember the code for the house alarm, odd driving habits, general musings on chick flicks, casualties in cooking, as well as her attempts to talk down the “mad farmer with the gun.” Experience comedy and drama as we get to know her family and housemates, and, as an unexpected event finally takes her down, learn what happens when the last people you expected to turn to are actually the ones you need the most.