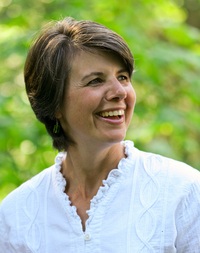 What was your inspiration for writing Prosecco & Paparazzi?
My husband and I watch Clint Eastwood on Inside the Actors Studio. We were both very inspired by this multi-faceted man, and thought how amazing it would be to meet him. Which begged the question, how does one go about meeting a celebrity in a non-stalkerish way? I began to wonder how celebrities make new friends, allow people into their lives. How does a celebrity know whether people are interested in them as an individual or their fame?

What do you hope readers take away from reading it?
The first words you read on my website are, “No Damsels in Distress.” Women are more savvy, educated, and independent than ever before. I want to write books that appeal to them, but still take them on an adventure.
Romance is one of the facets of life, but so are bad hair days, falling down and picking yourself up, or having your back when you decide to go for “it.” So, whether you need to borrow a piece of jewelry from or help you navigating the deep end, your friends are there.
Love and Laugher, Friendship and Fashion – that’s my favorite tagline.
Where is your favorite real-life travel location?
I’ve been so fortunate to have traveled extensively and it isn’t something I take for granted. I know many people who haven’t been able to. When I decided to start writing, I thought, “How can I help people escape on multiple levels?” One of them was traveling. All the locations in my books, down to the last little tearoom, are real places.
My favorite place? Honestly? An outdoor market in Saint Tropez, France. It was a gloriously sunny day, and the scent of olives, fresh bread, and the salty sea breeze hovered in the air. The clarity of light, the colors of the buildings, the bobbing boats in the harbor. My gosh, it was heavenly.
What is the number one place you would most like to visit?
Hands down, without a shadow of a doubt, the place I want to go desperately is Australia. Which to me, includes New Zealand. Because if you fly from Seattle to Sydney, you wouldn’t miss New Zealand.
What three items are always in your suitcase when you travel?
Black skirt, white top, toothbrush.
If you were having a dinner party and could invite three fictional characters, who would be coming to dinner?
Excellent question. I read a lot… about three or four books a week. So, this is tough.
Brett Bholinger, from Lori Nelson Spielman’s, The Life List.
Marta Zinsser, from Jane Porter’s, Odd Mom Out.
Velvet, from Mary Whitcomb and Tara Calahan King’s Odd Velvet/
What is the best piece of writing advice you have ever received?
I was really struggling with Des Bannerman’s character, The King of Romantic Comedy, and the Charlotte’s celeb crush, in Prosecco & Paparazzi.
I followed the life of a real celeb at the time I was writing it, and used his mannerisms, speech cadence and quirks to drive Des’ character. The problem was that this actor never appears in a bad light, angry, annoyed or otherwise.
When I was told his character didn’t work, that he wasn’t compelling, I freaked because so much research had been done. But… I threw it all away and created a much more funny, interesting, and compelling character. Sometimes you gotta take out the trash!
What is one thing you must have when you sit down to write?
Water! I sometimes sit down for five or six hours without moving, and water is key. I often read out loud what I’ve written and that would be impossible without a gallon of water.
What has been the most important lesson you have learned so far in your writing career?
Two! Can I mention two lessons? They are tied. One, be yourself. Write using the voice inside your head, because that is the real you. When you try to change it up, your writing doesn’t flow and when you read it, it won’t sound like you. The other, be yourself. Readers love the quirky you, the you that you expose to them in interviews, your books, posts on Facebook, Twitter, interviews. Celebrate yourself, invite them into your lives, and share the experience. We live in an interactive era and it isn’t going to change.
What are you working on now?
I have just finished (literally) writing Cognac and Couture, book two in The Passport Series. We are hoping to release it by the end of May, so if you enjoy Prosecco & Paparazzi, check-out Kathleen’s story – think fun, fashion, Paris, food… and of course, romance.


After a short break, I am going to dig into Gin Fizz & Grit, Marian’s story. She’s a super sassy, Irishwoman, who takes the ever-expanding cast of Prosecco & Paparazzi, on a whirlwind adventure that will include bicycles, bands, and boys. Mayhem galore! LINK TO PURCHASE
Amazon
ABOUT THE AUTHOR
Celia Kennedy was born in Wurzburg, Germany on a military base. Her parents' penchant for traveling the world, via a Volkswagen Minibus with a Porsche engine, sparked her imagination. Staring out the window, sometimes through fog and rain, at other times at blue skies, she began to make up stories for the places and spaces they passed by. The in-between time, the most fascinating to her.

The imagined world has always fascinated Celia. She has studied Landscape Architecture, Architecture, Interior Design, and every other subject matter. Though she eventually graduated from the UW in Seattle in 1996 with multiple degrees, she began her college career in 1983. Like her childhood, it was the ride that was the most entertaining, arrival at a degree, not anywhere as important.

"Write what you know," is a common enough phrase. When combining this concept with her unusual life experiences (working at a Nuclear Submarine Base when Chernobyl blew, testing software Bill Gates kept close tabs on, travelling extensively while quite broke, falling in love with her boyfriend's close friend) thinking of what to write about isn't challenging; there just needs to be more hours in the day.

Celia has recently published her first book, Charlottes Restrained. Three other books are in the making! Look for Venus Rising to be published in the Spring of 2013.