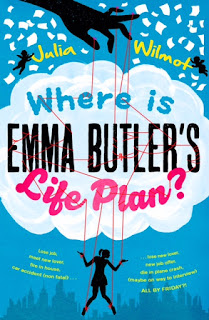 Emma Butler doesn’t know it but she is about to get bit more angelic help than she was banking on. Someone has messed up, or have they?

It appears that Emma is about to be ‘recalled’ to heaven but has completed none of the tasks she had set herself for this life time. They must be completed before she is recalled and time is running out. Arch Angel Gregory decides to take over. He will be her Guardian Angel to ensure it all gets done.

There’s a lot to do and a very short time to do it in. Gregory is determined that it will all be completed by hook or by crook. But where does that leave free will and what about Jack who has been chosen to be Emma’s love interest? How will this impact him? Jack and Emma have no idea what is going on, but it’s not going to be plain sailing. 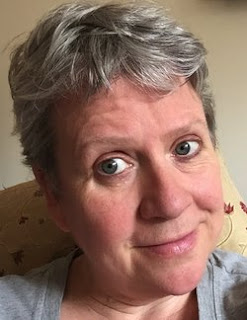 Julia Wilmot began her exploration of the spiritual life as a teenager at school. She was fortunate to meet a wonderful family who all practised Transcendental Meditation (TM) and her future was set. At the age of 15 Julia learnt TM and felt she had found her path in life. She was so sure that this path was the only one for her that she decided not to go to University and study law as she had previously planned but to devote herself to teaching TM and working within the charity that teaches the technique.
At 20, Julia was one of the founding members of a 300 people strong TM community in Skelmersdale, Lancashire and at 28 Julia became the Centre Chairman of the largest teaching centre for TM in Europe, which was based in Central London. Teaching Transcendental Meditation to people from all walks of life.

Julia began this novel in 1995 but it remained in a drawer for many years. She came across it again in the early 2000s and fitting in with becoming a mother in 2002 it took until 2015 to finish it.

Julia currently focusses her attention on her writing, blogging and looking after her family. Forty years on and she still practises TM, as do her husband and son and they live in the Chilterns in Buckinghamshire, UK.