Charlotte Windham did a quick check of her teeth in the small compact mirror hanging from her key ring before knocking on the oversized wooden door.  She undoubtedly had some remnants from lunch trapped within the metal wires of her braces.  She pulled out a piece of apple peel from her right incisor and patted down her dark brown hair, which despite what seemed to be an impossibility, was both simultaneously stringy and frizzy.  She exhaled loudly and knocked on the door.
A housekeeper, wearing a grey uniform, opened the door and welcomed her in.  She led her past a formal entry way and proper living room into the kitchen – a large, modern space with granite countertops, light wooden cabinets and enough kitchen gadgets to stock a Williams-Sonoma.  Despite coming here twice a week for the past three months to tutor the Stephens brothers, Charlotte always stared in awe at the amazing home which was such a far contrast from the small two bedroom apartment she shared with her mom.
“The boys will be right down,” said Norma kindly, gesturing to the kitchen counter which housed an array of soft drinks and snacks.  Charlotte fidgeted with the silver locket around her neck – a gift from her father who died in Somalia when she was a young girl while serving in the Marines.  Before she could dwell on it further, Garrett and Marcus bounded down the stairs and into the kitchen.
“You’re such a fucking pussy,” said Garrett, punching Marcus in the arm.
“Dude!” Marcus countered, reaching out to swat his twin brother, but finding him already out of reach.  “Oh, hey Charlotte.”
“Hi Marcus,” she said, giving him a little wave.  “Hi Garrett,” she breathed, looking at him for a nanosecond, before shifting her eyes to the floor.
“Hey Glasses,” he responded.  Charlotte instinctively adjusted the oversized black frames that were perched atop her nose.  The glasses were a necessity since age 8.  While she would have loved to get contact lenses, they were a luxury her mother couldn’t afford.  She looked through the slightly smudged lenses and took in the sight before her.
Marcus and Garrett Stephens were identical twins but couldn’t have been more different in Charlotte’s eyes.
At age 16, both Stephens brothers were already five foot nine and if their growth patterns and genetics were on track, they were well on their way to being more than 6 feet tall.  Hazel eyes were offset by dark eyelashes, the kind women aspire for.  Straight white teeth since having their braces removed last year were the centerpiece of a dazzling smile punctuated by a large dimple on the left cheek.
To the untrained eye, it was difficult to tell them apart save for the small cleft in Garrett’s chin, which she mused the gods left as their mark, making him one of their own.  And to Charlotte, he was a god of perfection (unless you counted his lackluster academic performance.)
The personality differences between the twins were a bit more stark than the physical ones.  Both boys were exceptionally ambitious about their future goals.  Garrett was determined to be a professional golfer.  As a junior, he was already the star player of his high school team.  The intense schedule of practice, private lessons, matches and rigorous weight training sessions coupled with his disinterest in school left him teetering precariously between a pass and fail in several classes, most notably, English.   Without keeping his grade to at least a C, he would be forced off the team, on the bench and out of the sightline of those who could make his dreams of playing college and eventually professional golf, a reality.  Hence his need for a tutor – Charlotte.
Mr. and Mrs. Stephens had originally hired a local teacher to assist Garrett, but found the attractive young woman to be too much of a distraction.  When Lindsay, their daughter, brought  her friend Charlotte to work on a school newspaper project, they quickly realized the mousy teenager would pose no distraction to Garrett and would serve as the perfect tutor because the two were in the same English class. 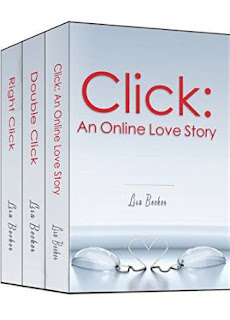