Blogiversary Guest Post: T.A. Williams, author of What Happens in the Alps 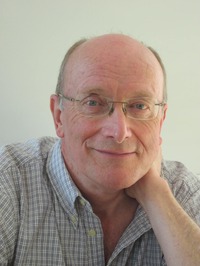 I am delighted to report that I have known Bethany since my early days on social media, before she launched her very successful blog. She was and remains a great comfort to me. She’s a woman, she’s American and she claims to like my books. As somebody whose books sell pretty well in the UK (as I write this, one of my books, What Happens in Cornwall… is #67 overall), but not nearly so well in the US, it has been very reassuring to know that at least some American women like the stuff I write.

I’ve been writing pretty much all my life. I still have all 44 handwritten pages of a shameless ripoff of Arthur Ransom’s Swallows and Amazons that I wrote (in pencil) when I was 14. That’s over 50 years ago now and I’m pleased to report that my spelling has improved since then. Over the years, I used to write in the evenings after work as a form of relaxation after a fairly stressful job as a school principal. I have written thrillers, historical novels and humour, but it was only in April 2013 that I got my first publishing deal from Carina UK (part of Harlequin and now part of Harper Collins). My first two books for them did reasonably well, but it was only when my wonderful editor (strictly between us, I think I might be a little bit in love with her) suggested I should write from a female point of view that my sales took off.

Now, there’s nothing new about a man writing from a female standpoint and vice versa, but it does require a lot of thought, research and the services of my longsuffering wife who has to field all sorts of questions about subjects as varied as stiletto shoes and childbirth. Although I contributed to the birth of our lovely daughter, in fairness she did have slightly more involvement than me in the event itself and I forget. My lovely editor (did I tell you I think I might be in love with her?) is also a woman and she’s very good at telling me to “get inside her head” or “get her to explore her emotions”. 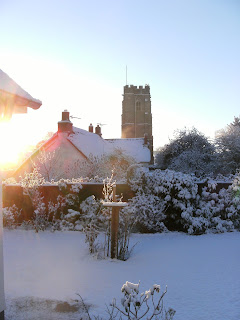 Many of my books are set in rural southwest England where I live. When Alice Met Danny is set in a seaside town not far from my home village which appears in thin disguise as the place where Alice ends up. What Happens at Christmas is set on the edge of Dartmoor, a fabulous wild open space where ponies and sheep roam free causing numerous accidents to unsuspecting motorists as a result. My most recent books are set in Italy and France where I lived for quite a few years. What Happens in the Alps came out in March and What Happens at the Beach comes out in July. I can also reveal that my next book is set in Venice, Italy. 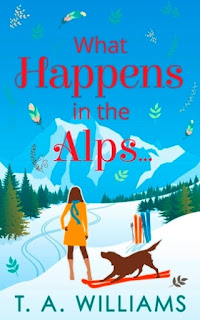 I’ve had a whale of a time over the last few years writing my romantic comedies and I have had enormous encouragement from a lot of people, notably Bethany. My thanks to you all and, in particular to Bethany. May your blog go from strength to strength and may you live long and prosper.
Many thanks and best wishes
Trevor

ABOUT THE AUTHOR
I live in Devon with my Italian wife. I was born in England of a Scottish mother and Welsh father. After a degree in modern languages at Nottingham University, I lived and worked in Switzerland, France and Italy, before returning to run one of the best-known language schools in the UK. I have taught Arab princes, Brazilian beauty queens and Italian billionaires. I speak a number of languages and have traveled extensively. I have eaten snake, still-alive fish, and alligator. A Spanish dog, a Russian bug and a Korean parasite have done their best to eat me in return. My hobby is long-distance cycling, but my passion is writing.