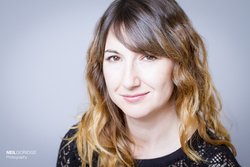 Being a Published Novelist; Fantasy vs. Reality

I never take for granted having achieved my dream of becoming a published novelist. Growing up, there were a few faddy career choices - GP, midwife or lawyer - but one thing that remained constant was my love of writing. I adored reading as well as creating worlds of my own through poems and short stories.

When I hit twenty-one, and rather than going out clubbing and traveling the world I was instead raising my young daughter alone, I thought seriously about what I wanted. I realized I had tucked away the dream of writing. So I did something about it... and began the long road to publication.

When I look back, my pre-conceptions about the life of published novelists were very different to the reality. Both on social media and through talking to people, many opinions still mirror what mine used to be. So in the spirit of candour, I thought I’d share a few of my realities versus the fantasies J

Fantasy
It’s easy to write a whole book. Anyone can do it, right? I can churn one out in three months if I write a few times a week.

Reality
Writing a book is hard. Sometimes it flows and you’re so caught up you don’t want to stop. Other times its excruciating and you would rather do ANYTHING else in the world. It takes hundreds of hours, balanced with all your other commitments. You might love it but you have to power through.

Fantasy
I’ll write my first draft, submit it straight away and the first person I show it to will think it’s the best thing they’ve ever read and offer me a contract immediately. I’ll be published within the year.

Reality
You should NEVER send out your first draft. The above is the exception. Print it off, yes... to redraft, re-edit and make notes. The odds are against your first submission being successful. It’s normally a hard graft over a series of submissions that get you to ‘the call’ from an editor when you’re made an offer. I was a finalist in three competitions, submitted to several publishers and wrote two other books before being offered my first contract for a short story in an anthology. It took me fourteen years in total alongside kids, a HR career, friends, family, marriage, divorce and moving house.

Fantasy
When I get offered a contract, I’ll get a six figure advance and can quit the day job.

Reality
Um, no. For most authors, the day job pays for the writing as well as the rent. Most mid-list authors only make around £6,000 a year tops (that’s not even the UK National Minimum Wage). Most publishers don’t pay substantial advances, and some don’t pay advances at all. I know published novelists who are household names and still have to work at least part-time day jobs.

Fantasy
I’ll swan around at parties and editorial lunches drinking champagne, while everyone talks about how marvellously well my latest book is doing. The rest of the time I’ll lie on a couch a la Barbara Cartland, dictating to a secretary who will type my verbal ramblings up into a perfect manuscript.

Reality
I go to a few parties a year in London and really enjoy them, but most of my communication with my editor is via email (she’s lovely by the way). I spend many evenings alone hunched over a laptop after a long day at work with a stiff neck and my fingers stuck in claw-like shapes from too much typing.

Conclusions?
Face the reality. If you want to be a published novelist:
-    Be prepared to work really hard.
-    Be prepared to spend many hours alone.
-    Be ready for procrastination and writer's bottom
-    Have discipline, belief, passion and patience.
-    Be bloody minded / stubborn about the quality of your work ( and submitting repeatedly if that's what it takes)
Forget about being rich or famous.  Focus on the writing, and the rest will happen if it's meant to.
Most Importantly:
Do it because you can't not write (yeah, I know that is a double negative).  Do it because it makes you happy and it's your dream.  Do it because you have a story to share with people or you have something to say that will help other people make sense of the world.  Do it because you want to touch people's lives.
Above all; Dream Big, Be Bold and Keep Going. 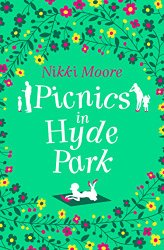