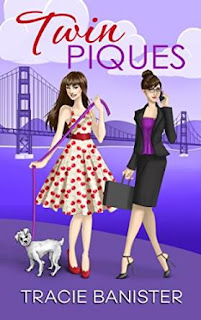 SUMMARY
Forensic accountant Sloane Tobin and kooky pet psychic Willa may have the same face, but that’s the only thing these identical twins have in common.

How she can read the hearts and minds of animals has always been a mystery to Willa, and her rotten luck with men is equally baffling. Although she’s been looking for “The One” for what feels like forever (A teenage marriage to a French mime and dating a guy named Spider seemed like good ideas at the time!), optimistic Willa refuses to give up on love. When she meets Brody, the handsome rose expert hired to save her grandmother’s garden, she’s instantly smitten, but why does he keep sending her mixed signals? Does he return her feelings, or is their attraction all in her fanciful head?

Unlike her twin, Sloane has zero interest in romance. Her passion is her job, where she uses her gift for numbers to take down slimy embezzlers and asset-hiding spouses. When she’s assigned two high profile cases, Sloane feels confident the promotion she’s been angling for is within her grasp. But will her plan to climb the corporate ladder be thwarted by difficult clients, her co-worker-with-benefits, or – most surprisingly of all – her own sister? And how’s she supposed to stay focused on the drama at work when her childhood friend, Gav, moves in next door and the spark between them becomes impossible to ignore?

To get what they both want, can Willa and Sloane band together and rely on each other’s strengths? Or will their differences drive them apart once and for all?

EXCERPT
“Let’s get back to what’s bothering you. Are you sure it’s not a man? Because you could tell me, you know. If you were involved with someone . . .”

“I don’t have time to date right now. I’m totally focused on my career.” This is Sloane’s stock response to any inquiries about her love life.

“I didn’t say ‘date.’ Relationships between men and women don’t have to be labeled.
Sometimes they just are . . .”

“Exhausting? Aggravating? A waste of time? Yeah, I’d agree with all that.”

“You wouldn’t feel that way if you found a guy you were simpatico with, someone as smart and ambitious as you, a professional type who values the finer things in life, like good clothes, a nice car–”

“Sure, why not? BMWs are good cars, aren’t they? They look really sleek and elegant and they cost a lot of money, so you’d have to be successful in order to afford one. Do you know anyone who drives a Beemer?”

“Wow,” Sloane shakes her head in disbelief, “you are so bad at this. It’s like being interrogated by Strawberry Shortcake. Actually, she’d probably be more crafty about it than you. ‘Do you know anyone who drives a Beemer?’ Seriously?”

I guess I tipped my hand. Sloane’s right. I do stink at subterfuge. “I would have asked you outright, but you’re always so–”

“Gav is dead,” she vows while pouring herself some more lemonade. “I should have known when he ran into Josh outside last week that he was going to run straight to you and blab about it. He’s like some gossipy teenage girl.”

Oh, shoot, now Gav’s going to get in trouble, which I promised him he wouldn’t. I need to bail this out ASAP.

“Um, to be fair, Gav’s known about this Josh guy for months and he only told me today because I threatened to tickle it out of him. What’s the big deal anyway?” Good, Willa. Put her on the defensive. “I’m your sister. You don’t have to keep things from me. Is there something wrong with this Josh guy? Gav did say he looked like a d-bag.”
She rolls her eyes. “That is so typical! Gav never has anything positive to say about any of the men in my life. They’re always ‘douchebags,’ or ‘jackasses,’ or have ‘sticks up their butts.’”

“Yeah, well, that works both ways. When have you ever liked one of his girlfriends?”

“Please,” she scoffs. “His girlfriends are nothing but tramp-stamped airheads who make
minimum wage and can’t string two sentences together to carry on a semi-intelligent conversation. They’re all totally scorn-worthy.”

“What about Thea? She was a lawyer.”

“And a condescending bitch who tried to deball Gav. Thank God he finally wised up on that one. Can you imagine if he’d gone through with marrying her? BLECH”

The funny thing about Sloane having such an aversion to Thea is that the two of them are actually very similar – in looks (both are tall, slim brunettes with blue eyes) and in personality (competitive, career-obsessed women who don’t suffer fools gladly and always want to be in the driver’s seat). Under different circumstances, they might have been friends, but that wasn’t going to happen while they viewed each other as a threat.

“Yeah, I think it’s best for everyone that their relationship didn’t work out.”

“Me, too. I would have hated to see Gav get hurt. I’m protective of him.” 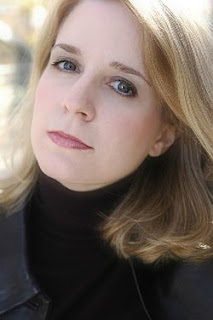 ABOUT THE AUTHOR
An avid reader and writer, Tracie Banister has been scribbling stories since she was a child, most of them featuring feisty heroines with complicated love lives like her favorite fictional protagonist Scarlett O'Hara. Her work was first seen on the stage of her elementary school, where her 4th grade class performed an original holiday play that she penned. (Like all good divas-in-the-making, she also starred in and tried to direct the production.)

Tracie's dreams of authorial success were put on the backburner when she reached adulthood and discovered that she needed a "real" job in order to pay her bills. Her career as personal assistant to a local entrepreneur lasted for 12 years. When it ended, she decided to follow her bliss and dedicate herself to writing full-time. Twin Piques is her third Chick Lit release. The pet psychic character in this novel was inspired by Tracie's rascally rescue dogs. She'd love to know what goes on in their heads!