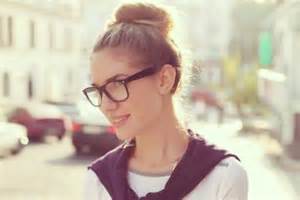 Romance + Infertility? INCONCEIVABLE!
When I began writing INCONCEIVABLE, I didn’t think about making it fit into a genre. I simply began writing the story of an American girl who falls in love with a prince and then struggles to conceive an heir. The whole idea represents a combination of my own experiences--I see my husband as a prince and we experienced infertility—and my musings about what it would be like if Prince William and Kate Middleton weren’t able to get pregnant. I soon realized that my story was, in fact, a romance because the relationship between Hatty and Prince John was the driving force of the narrative. Indeed, the whole story hinged on whether or not their marriage could survive the extreme pressures, both internal and external, that come with infertility.
When I went to pitch my manuscript to agents, it was a hard sell because my book violates some of the “rules” of the romance genre. For example, it doesn’t culminate in the wedding. One agent went as far as to suggest breaking it into two books with the royal wedding being the climax of the first book. I actually worked on that concept for a while. This is why there’s an as-yet-unreleased honeymoon chapter floating around on my computer’s hard drive. However, it never felt right to me. Real life doesn’t end with the wedding. If anything, that’s when all the adventure begins.
Another convention with which I toyed is the idea that the characters must have a happy ending. While the vast majority of readers agree that my characters get a satisfying ending, it’s not the perfect happily ever after you might expect. I think it’s better. Because things aren’t wrapped up in a nice bow where everyone gets exactly what they want, the ending reflects the couple’s struggle, sacrifices, and most importantly, the notion that there is no one-size-fits-all “answer” for how to close out a story about infertility. One of the taglines I use when I sign paperback copies of INCONCEIVABLE is “the best happy endings are the unexpected ones.” It’s true in fiction and in life.

So, what genre is my book? Officially, it’s listed as romance. But it has strong crossover appeal to readers of chick lit because it’s got plenty of humor. (I used humor to help muddle my way through infertility.) It also tackles an issue that’s strongly tied to what it means to be a woman, so readers who love women’s fiction have enjoyed it. Most surprising of all are the men who have loved the book. For several of them, my book was their first romance. Regardless of genre, I hope it’s a compelling story, one that will resonate with people and leave them with the realization that sometimes happy endings come long after saying, “I do.” 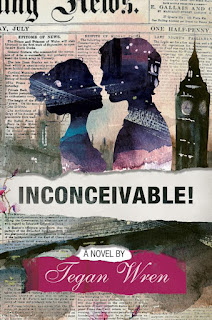 SUMMARY
A popular, young royal couple can't produce an heir? INCONCEIVABLE!When Ozarks native Hatty goes “whole hog” during karaoke, she catches the eye of Prince John. He isn’t what she expects the heir to a small European nation to be: he's affable, witty, and isn’t put off by her tell-it-like-it-is demeanor. Their flirtation should be short lived, but a force stronger than fate—Hatty’s newspaper editor—assigns her to cover the royals. After spending time together, she and John soon begin dating, and Hatty finds herself making headlines instead of writing them. But challenges loom that are even more complicated than figuring out how to mesh Hatty's journalism career with life at Belvoir Palace. Hatty and John soon find themselves embroiled in an unusual sex scandal: they can't produce an heir. Tabloids dub Hatty a “Barren-ess,” and the royals become irate. Hatty politely tells them to shove it. But beneath her confident exterior, she struggles to cope with a heartbreak that invades her most intimate moments with John. Pressured to choose between invasive medical procedures and abandoning John’s claim to the throne, the couple feels trapped until a trip to Ethiopia shows them happy endings sometimes arrive long after saying “I do.”
LINK TO PURCHASE
Amazon

ABOUT THE AUTHOR
The best compliment Tegan Wren ever received came from her sixth grade teacher: “You always have a book in your hand!”Guided by her love of the creative process, Tegan grew up acting in theatre productions and writing poetry, short stories, and plays. She turned her eye to writing about real life when she worked as a journalist, producing reports for various radio and television stations in medium and large markets in the Midwest and also filing some stories for a major national news network. She spent several years writing online content, which ranged from creating descriptions of toilets for a retail website to composing a blog post about visiting Maui.She’s had the opportunity to travel overseas, and uses those adventures to inform her writing. She also draws inspiration from her own struggles and life experiences. Tegan and her husband, Patrick, experienced infertility for five years before becoming parents through adoption.Tegan is excited to have her debut novel, INCONCEIVABLE!, included in the launch of the new romance imprint Curiosity Thrills. She's a proud member of Romance Writers of America.
FOLLOW TEGAN!
Website
Twitter
Facebook
Instagram

GIVEAWAY
a Rafflecopter giveaway
Posted by Unknown at 12:00 AM